Grupo Familia, a company specialising in personal care and hygiene products, has a 35 m high automated clad-rack warehouse capable of handling around 17,000 pallets. In the supply of the warehouse, located in the Colombian municipality of Cajicá, Mecalux has also included the Easy WMS warehouse management system and the Galileo control programme, which are tasked with monitoring and executing the movements related to the logistics process. 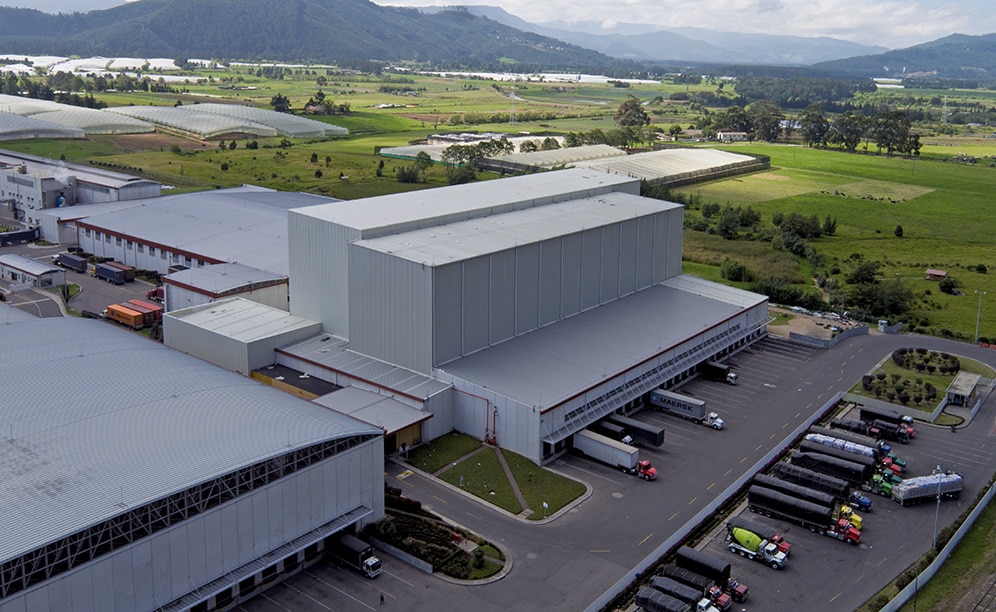 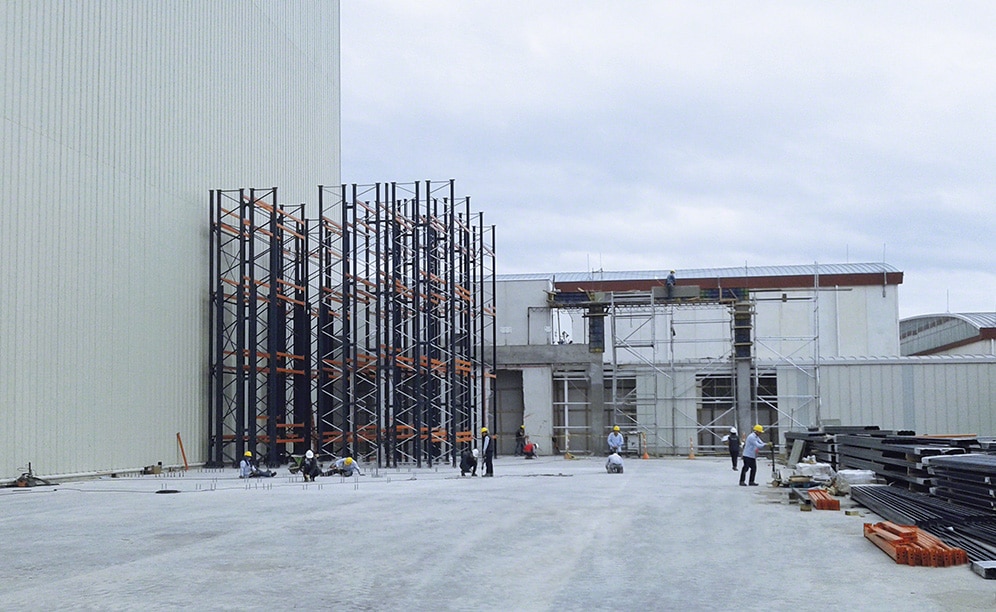 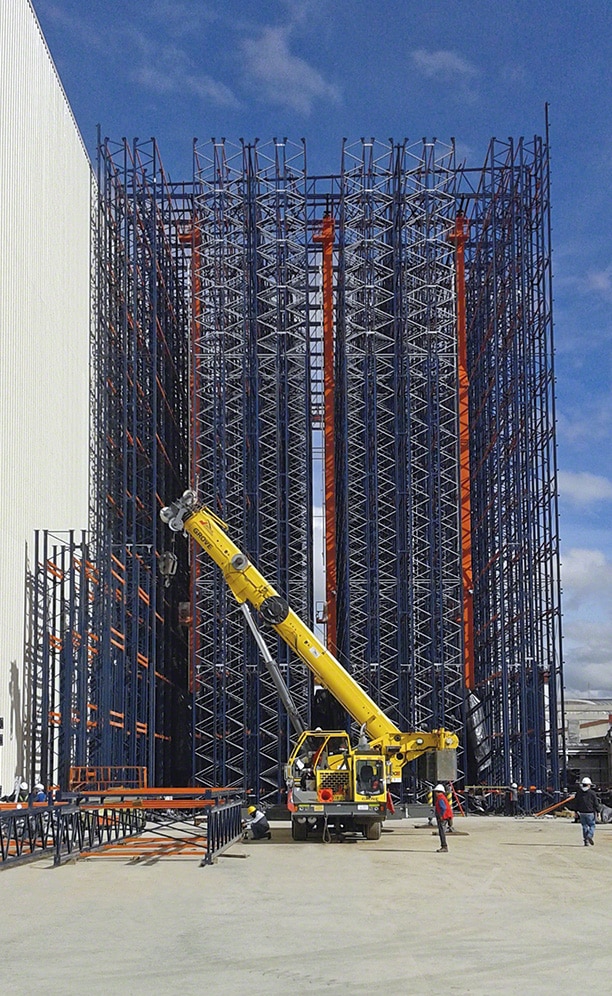 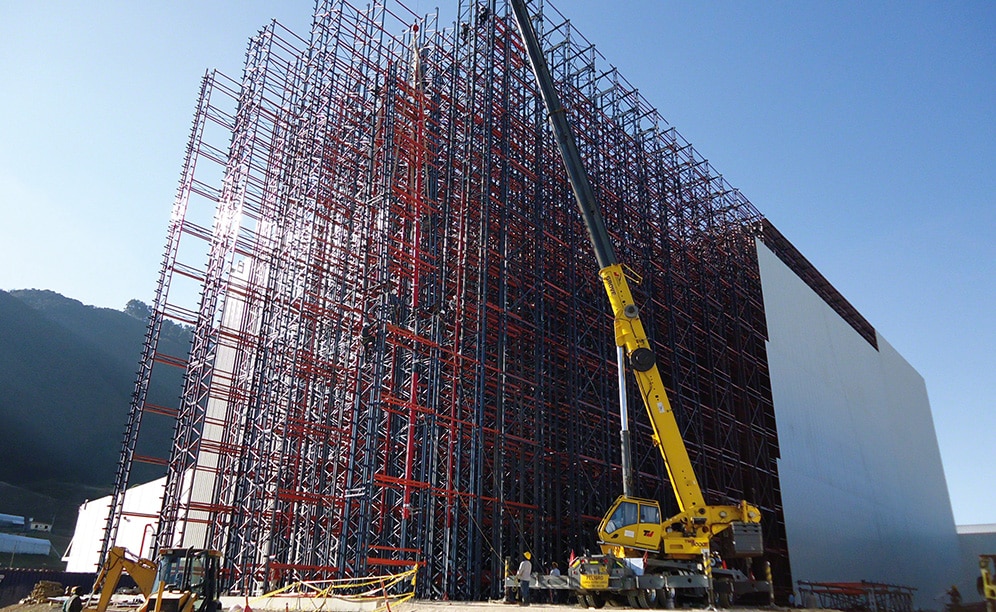 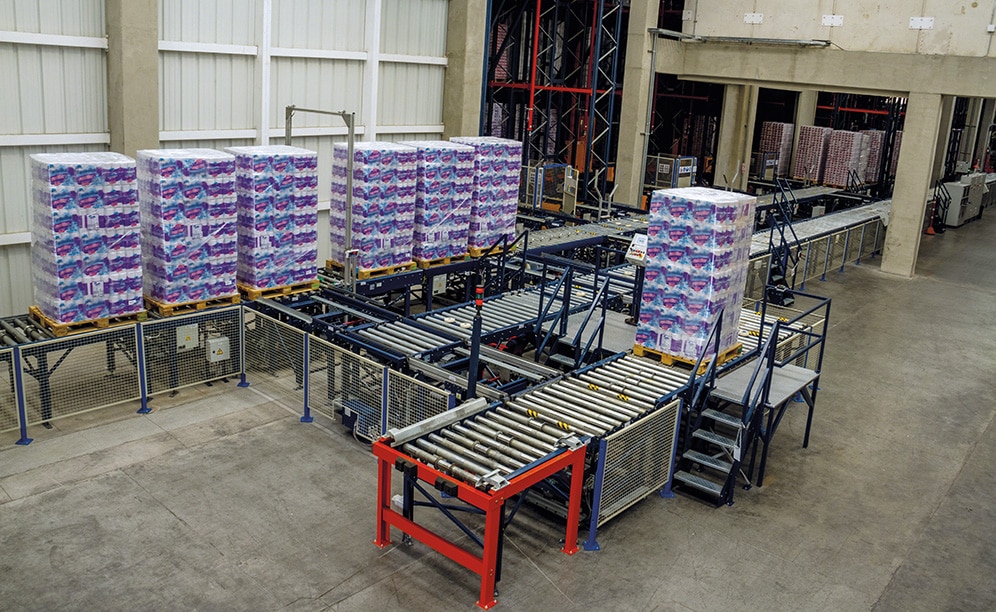 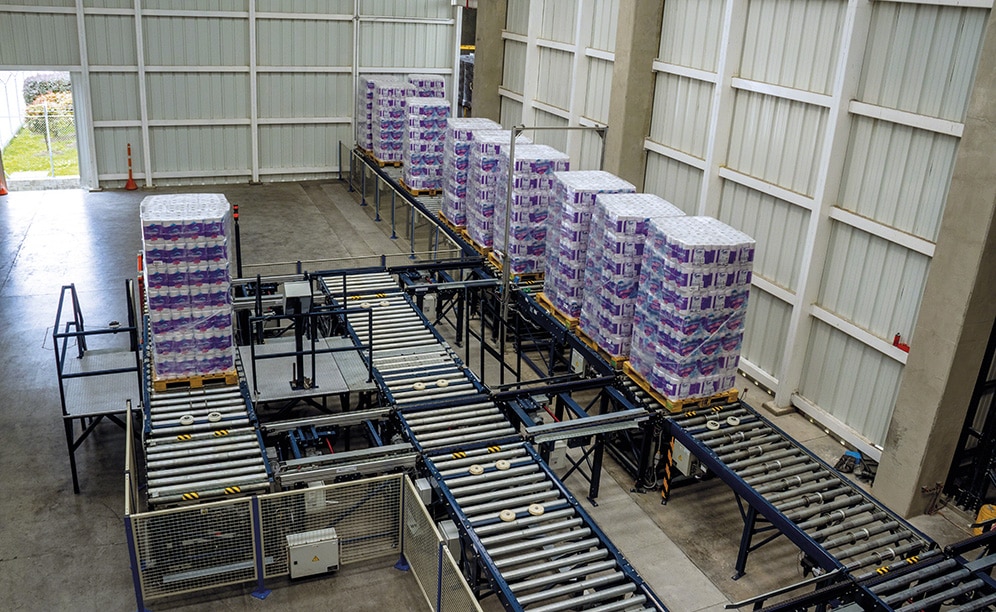 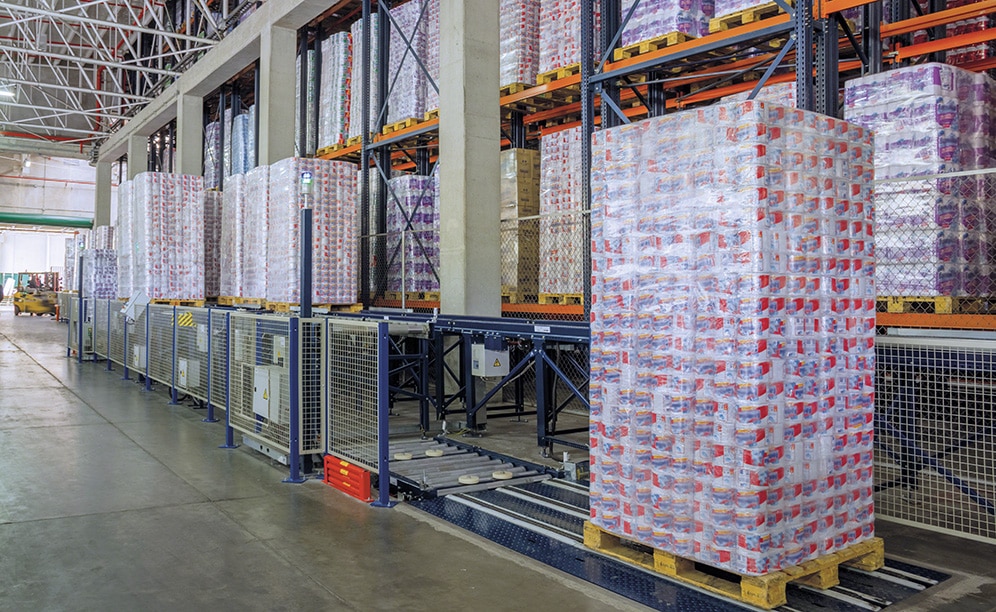 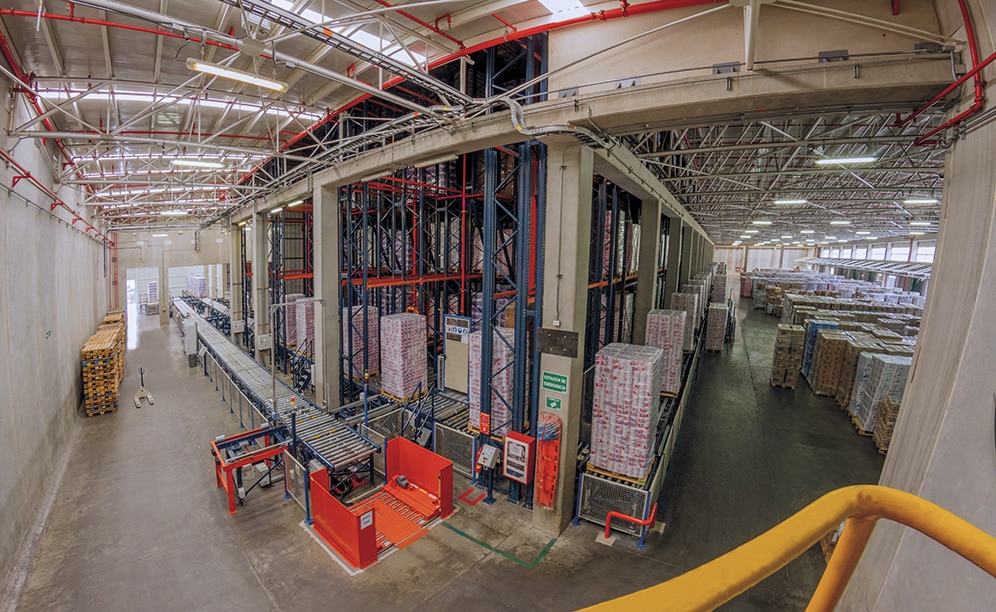 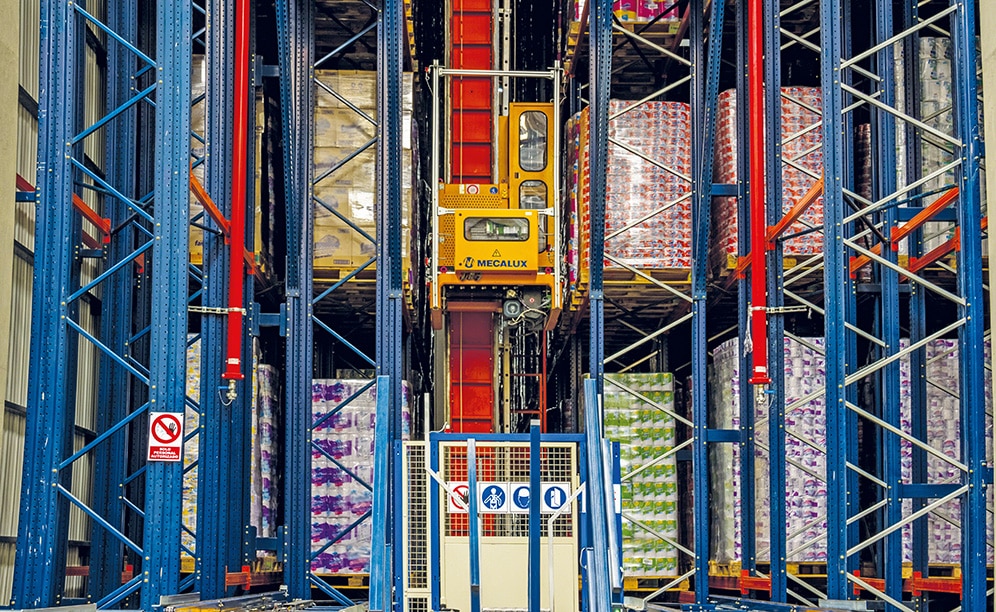 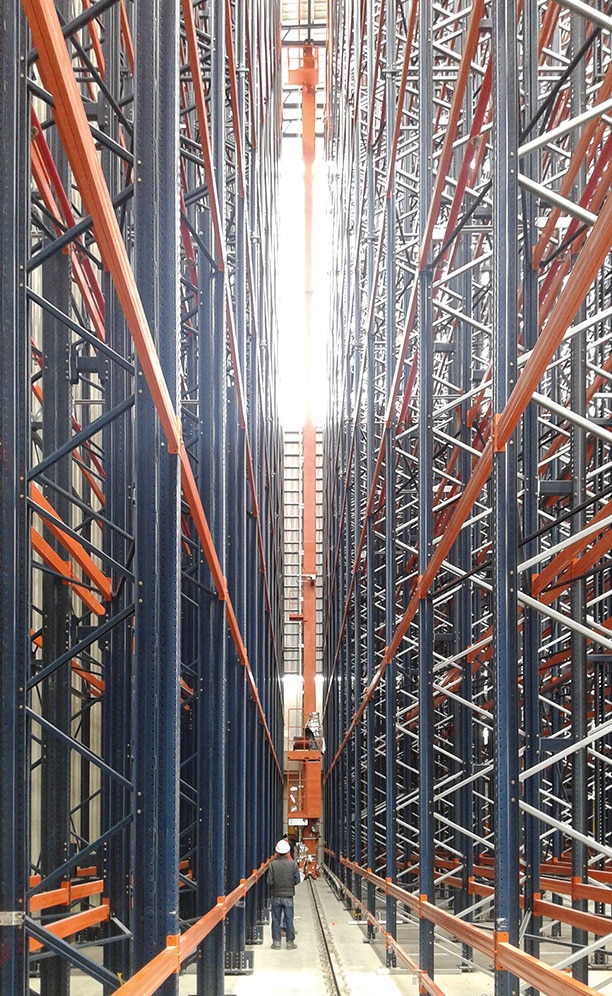 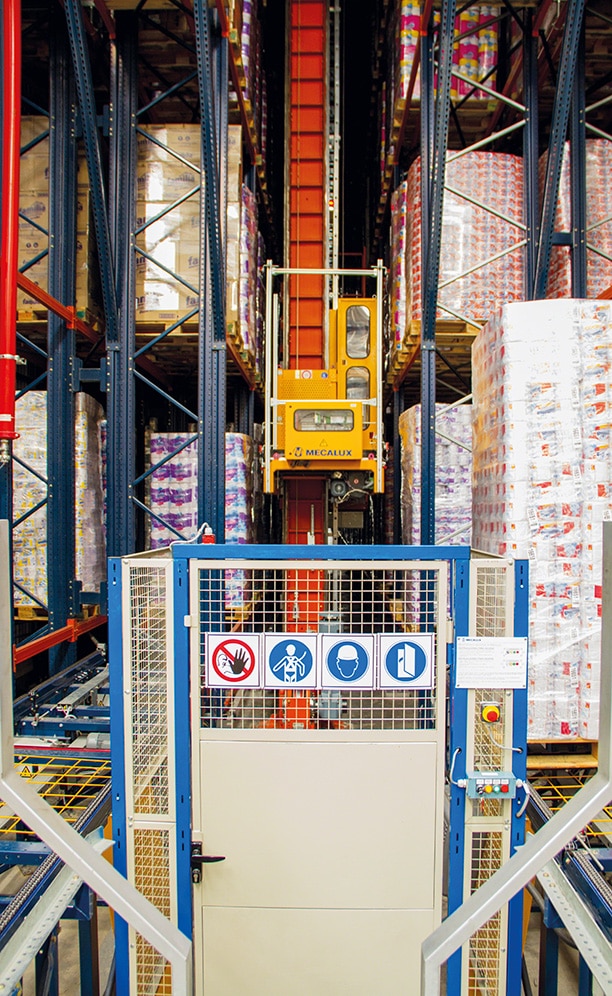 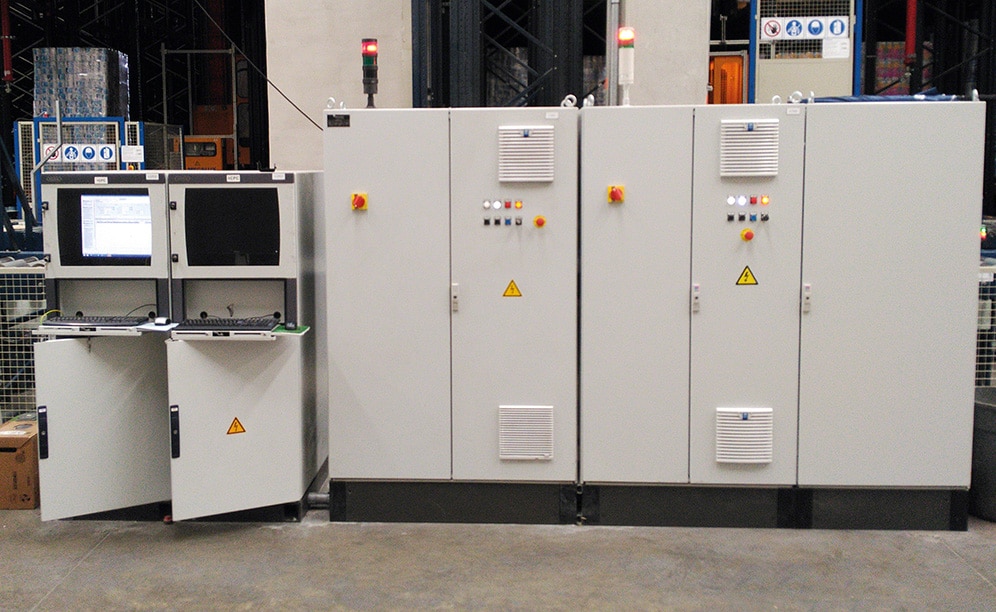 The company, founded in 1958 in the Colombian city of Medellin, was initially called Urigo and focused on the importation of toilet paper from the United States. The first 'Familia' toilet paper was put on the market in 1966.

Since then, Grupo Familia has not stopped growing and has become a leading brand in the sector. At present, it has seven production plants, three distribution centres and three warehouses that are responsible for managing the seven brands owned by the company. With its various lines and variety of products, Grupo Familia offers personal care and hygiene solutions to more than 20 countries.

Needs and the solution presented by Mecalux

The incessant growth experienced in recent years by Grupo Familia meant the company would need a warehouse capable of handling a lot of SKUs and, in turn, reduce logistics costs. To do so, Grupo Familia entrusted Mecalux to construct a high-rise clad-rack warehouse where automation would play a fundamental role.

In 2011, the first part of the warehouse was built: three, 31 m high stacker cranes capable of handling over 7,400 pallets. Thus, the new Grupo Familia warehouse became one of the first automated installations in Colombia.

A few years later, and without interrupting warehouse activity at any time, it has expanded capacity by 9,480 pallets thanks to the placement of three additional storage aisles. In addition, the racking in these three new aisles is a bit taller: reaching 34.4 m high.

To complete the operation, a recirculating conveyor has also been introduced that allows the management of inputs coming from production and from outside, as well as direct dispatches from the warehouse

With this solution, the Grupo Familia installation has achieved a high storage capacity and obtained a greater flow of inputs and outputs, allowing them to be at the forefront of logistics within the tissue and personal hygiene products sector.

In addition to the stored loads and the thrusts produced by the stacker cranes, the racking must support the structure of the roof and facade of the building, the cladding placed on the racking, the stresses caused by the wind, snow and seismic activity in the area where it is built.

The warehouse location and its position with regards to the rest of the buildings have an impact on calculations and constructive processes.

Inputs and outputs
At the front of the automated warehouse, there are two circuits of roller conveyors, one for inputs and another for outputs of goods.

Operators, aided by pallet trucks, deposit the goods on the hydraulic table that lifts loads to the level of the input conveyor. A checkpoint is responsible for validating its status before the pallet is inserted into the warehouse. If it is not up to condition, it is automatically sent back and removed from the circuit so that operators can recondition the pallet.

Direct output conveyors send pallets directly to the docking zone and position them on the most appropriate side.

Inside the warehouse
The first of two racking blocks in the clad-rack warehouse contains three aisles with 31 m high, 103 m long double-deep racking, capable of storing approximately 17,000 pallets. These racks have ten load levels and offer a storage capacity of 7,440 pallets. The second, three aisle block, can store 9,480 pallets, as the height and length are slightly superior.

The inputs and outputs of the pallets are implemented in the same movement (combined cycle) which increases the productivity of facilities while reducing the resources required for its operation.

Stacker cranes incorporate an onboard cabin to facilitate maintenance work. The entire space is enclosed in mesh panels and safety access doors, which individually disconnect the machines in the event the enclosure is opened.

Mecalux Easy WMS and Galileo
The Easy WMS warehouse management system is a powerful, robust, versatile and flexible software that controls, coordinates and manages all movements, processes and operations carried out in the Grupo Familia warehouse, multiplying profitability in all areas: reception, storage, picking and dispatch of outbound orders.

Its mission is to optimise the physical and document management of the flow of goods, from its entry into the warehouse to its final output, ensuring traceability. In short, the WMS is responsible for deciding where each product has to go, monitoring it at all times, using the logical parameters required by products; from the moment it enters the warehouse up to its departure.

At the same time, Easy WMS is optimised to grow and evolve with a company, because it has tools and optional applications so that the user can adapt the programme settings to their changing needs, with maximum flexibility and autonomy. The running of movements is ordered through the Galileo control module, tasked with monitoring all actions to be performed by different moving devices.