Alinatur, a company specialised in the manufacture of dry dog and cat food, has hired Mecalux to supply a warehouse with Pallet Shuttles at its central warehouse in Lorca (Murcia) with a capacity for 1,500 pallets. 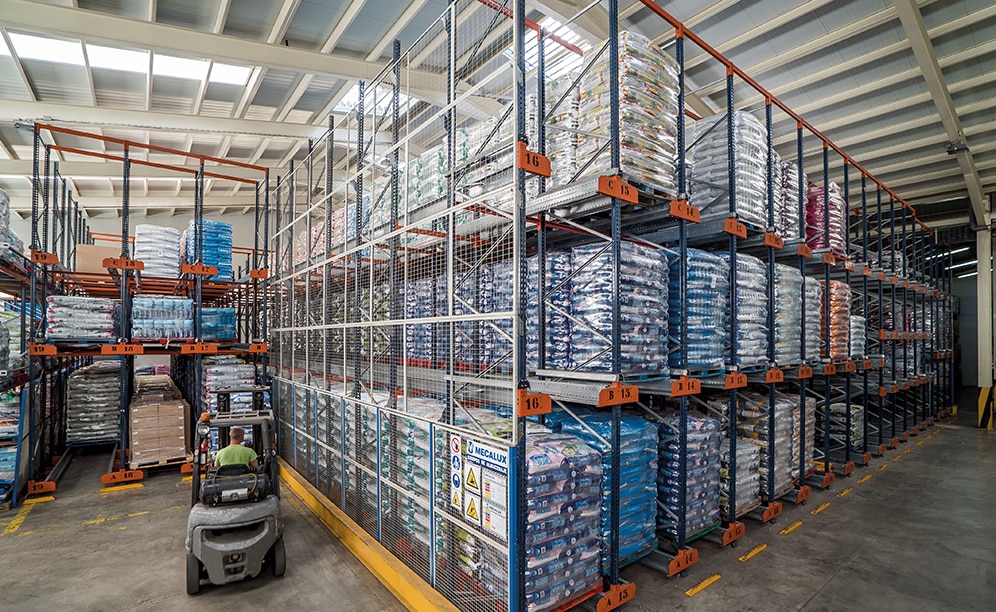 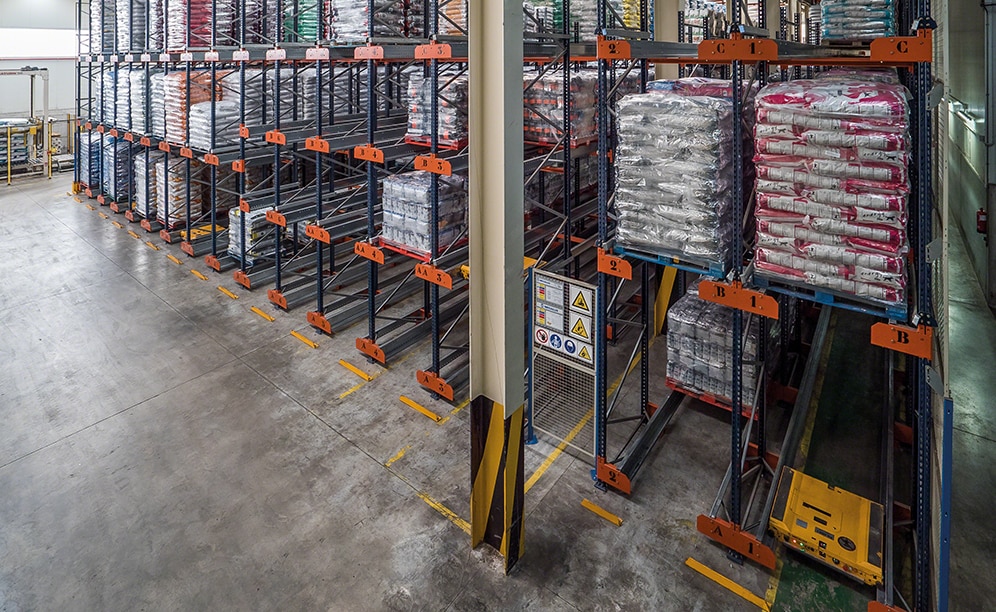 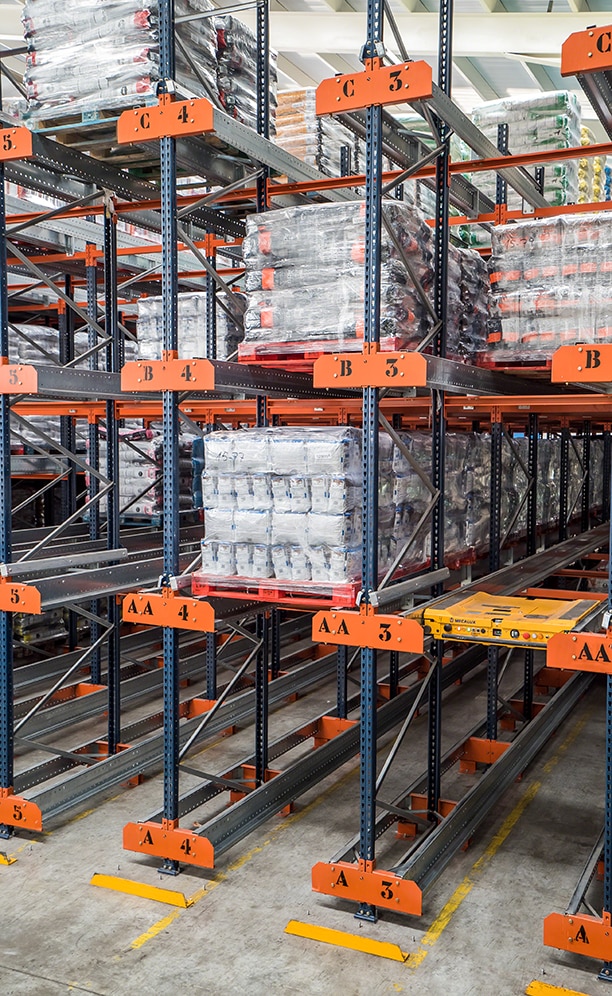 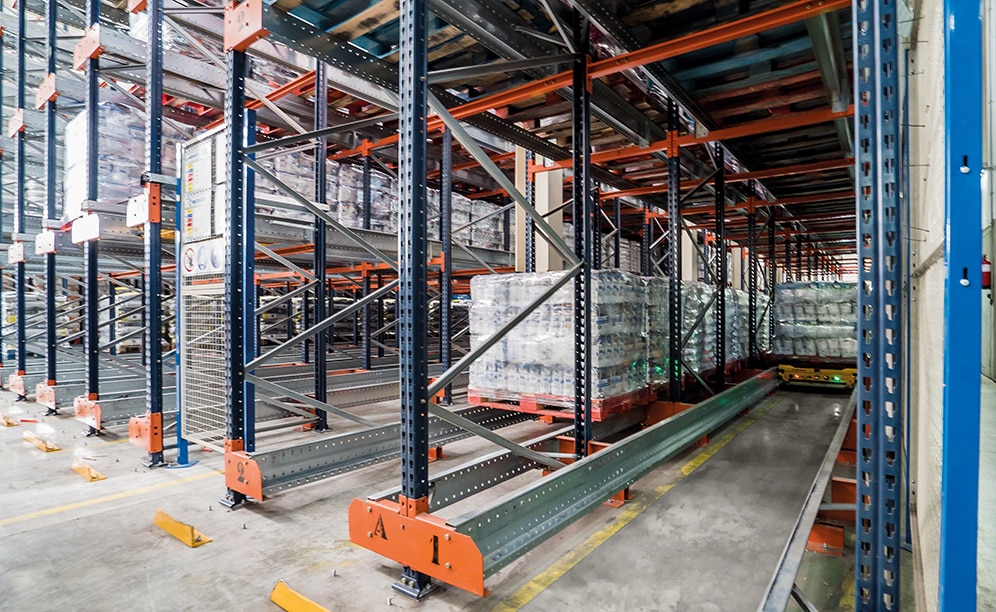 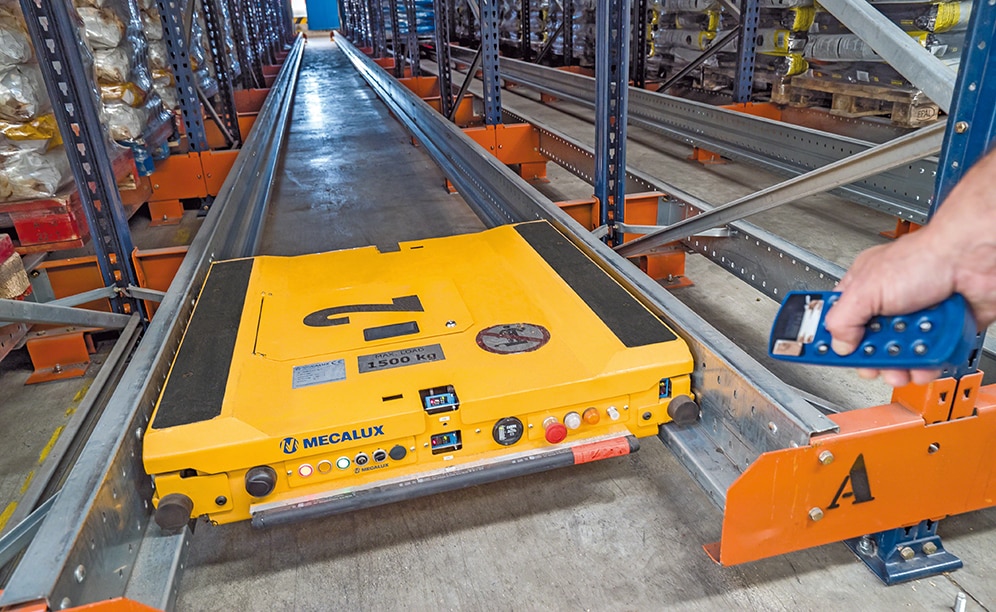 After analysing the needs of Alinatur, Mecalux chose to install the Pallet Shuttle storage system in order to maximise the available space.

The warehouse has six Pallet Shuttles that increase workflows by reducing time spent on storage, extraction of pallets and the loading of transport trucks.

The Pallet Shuttle is a system that, as well as making full use of space, offers high capacity storage by using autonomous shuttles that work within the channels. The pallets are introduced into the production side, while dispatches take place on the opposite side, which coincides with the area allocated to the loading docks. Thus, the channels operate using the FIFO (first pallet in is the first out) criterion, enabling complete product turnover.

The operator uses the various integrated commands on a remote control that works via radio frequency to give orders to the Pallet Shuttle.

That is when the shuttle starts to work autonomously.

This shuttle model, besides the drive and lift components, has the following devices as part of its setup:

The channels, due to space, have variable depths to store the pallets according to the SKUs and consumption. By having a small number of SKUs, the operator does not have to continuously change the channel the shuttle occupies, thereby increasing warehouse throughput.

During the output process, also managed with two shuttles, movements are optimised by several pallets of the same SKU being extracted at the same time, but for different orders. In addition, pallet racking was placed on one side to store prepared orders and lower consumption SKUs.

As a further safety measure, mesh was installed on the sides of the racks to prevent the accidental entry of operators and possible falling of goods into common areas