The 70,000 m² logistics centre of the SMU supermarkets in Chile strengthens product distribution and turnover

Picking racks with conveyors for the supermarket chain SMU

Mecalux provided the SMU supermarket chain with a large-scale warehouse with a capacity to house almost 47,000 pallets in Pudahuel, just outside the capital city of Santiago. The 70,000 m² logistics centre also has racking blocks allocated to picking operations and a long, complex conveyor circuit. 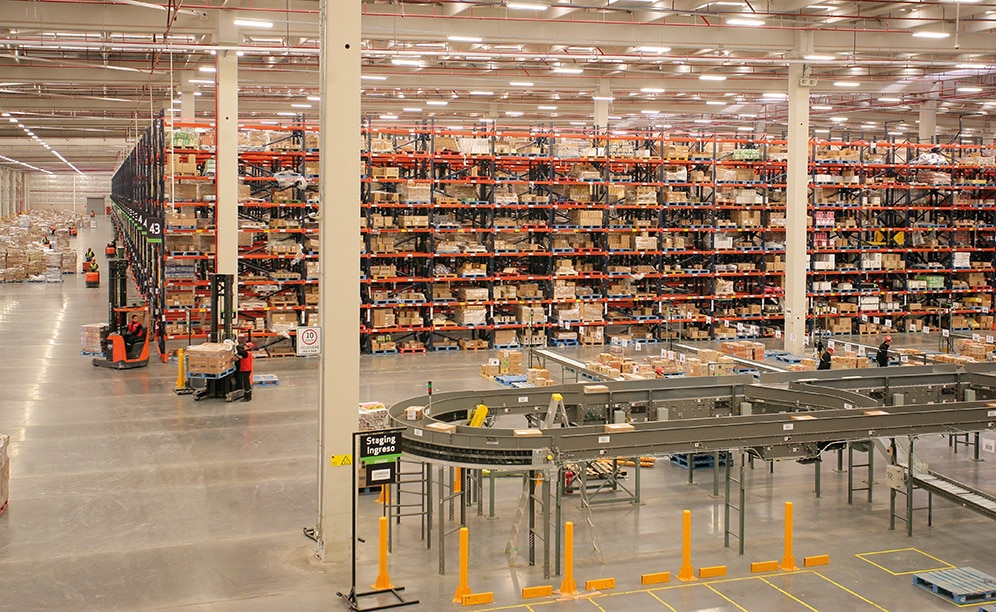 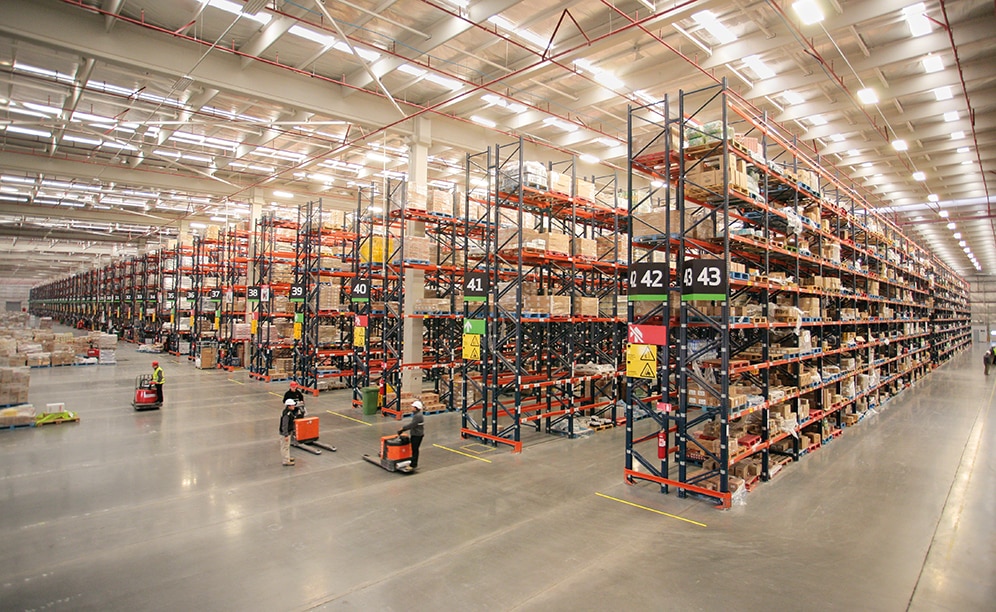 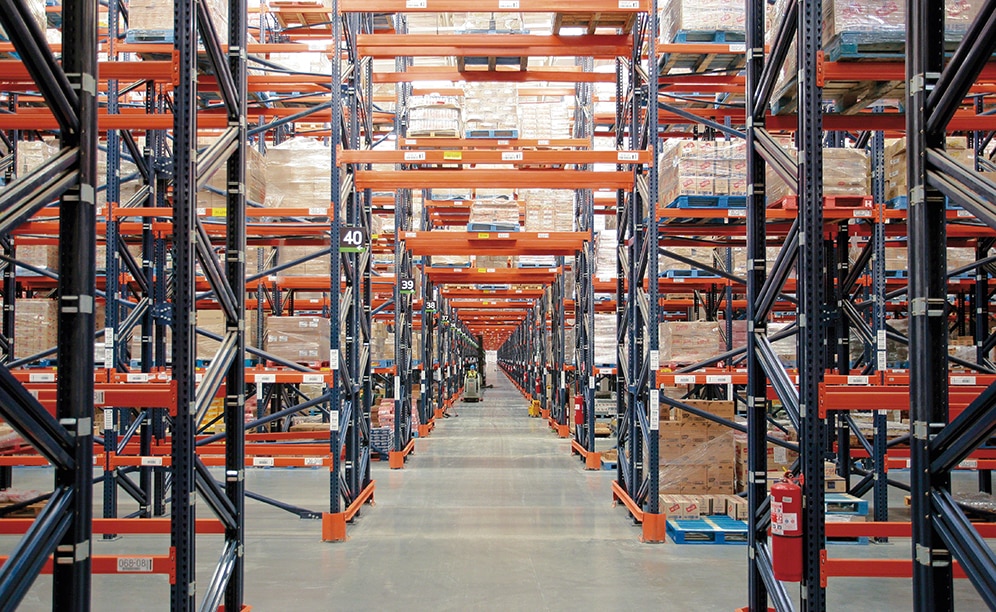 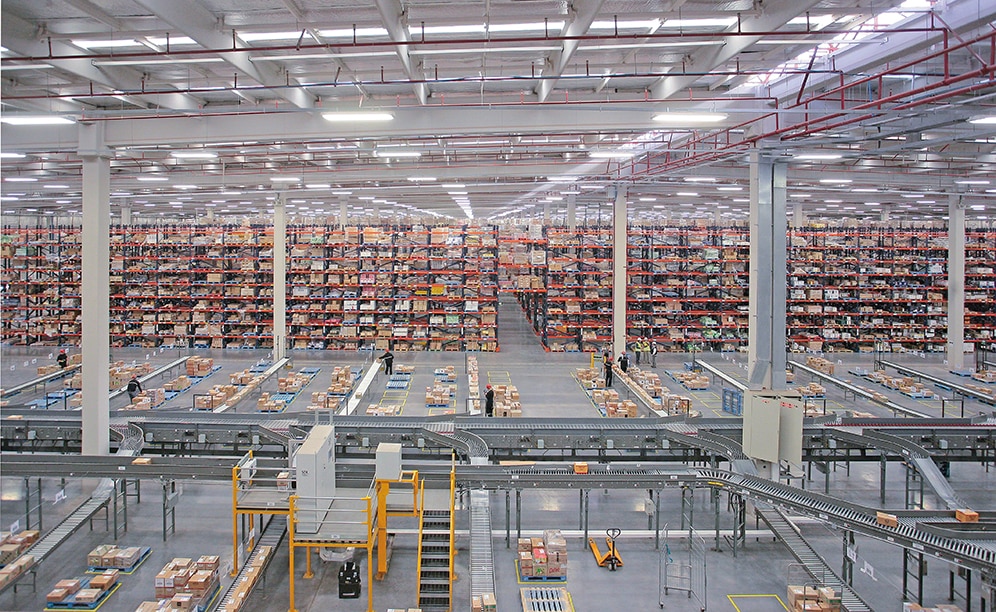 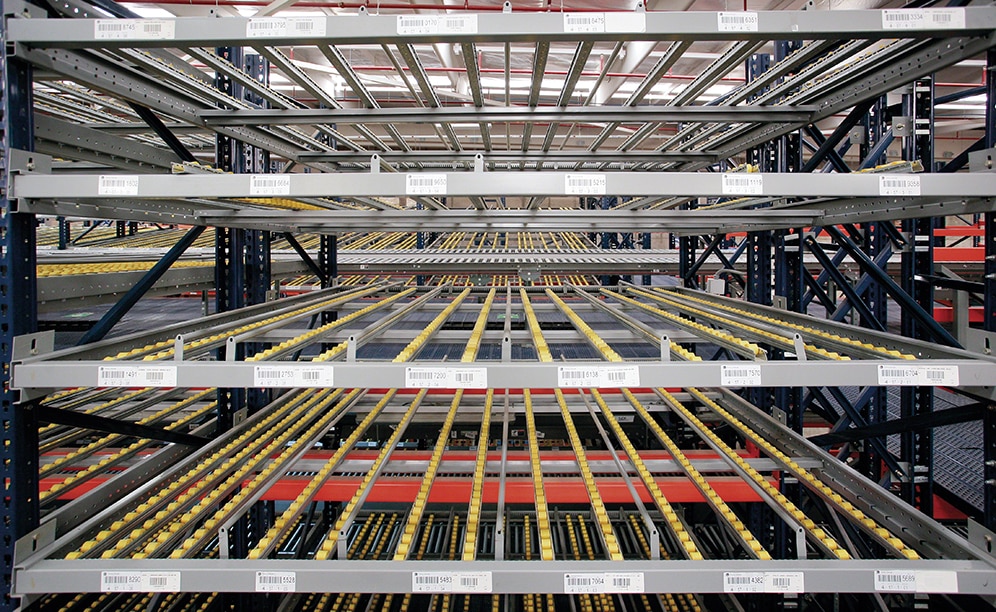 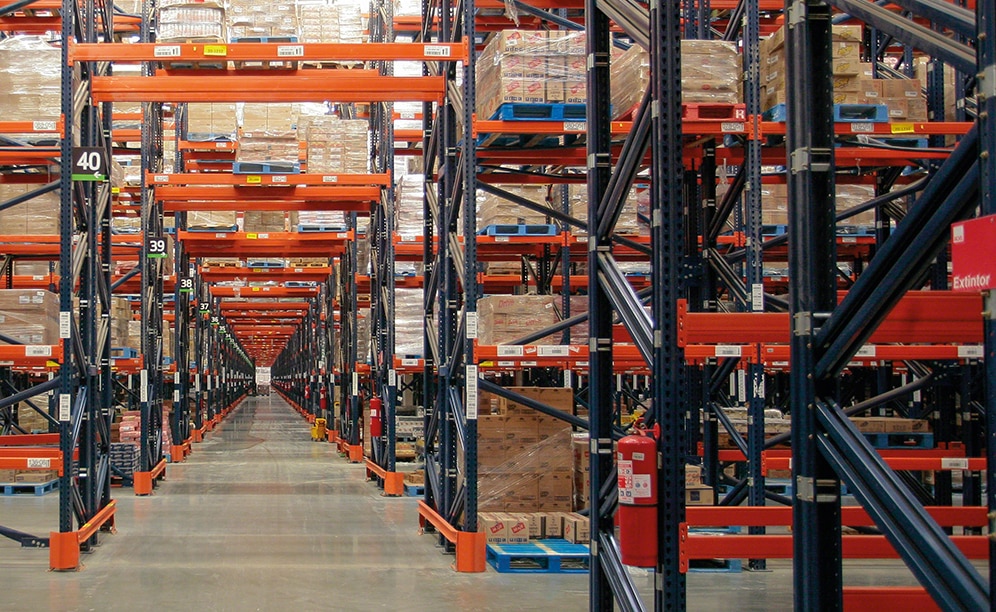 SMU is a retail company established in 2007, and managed by CorpGroup.

At an international level, it competes with different sectors like traditional supermarkets, discount supermarkets, wholesalers, e-groceries and convenience stores with a total of 508 premises from Arica to Punta Arenas. Add its operations in Peru, through its wholesale and discount channels, and Construmart (household wholesaler), and there are a total of 565 premises and more than 33,500 staff.

In regards to supermarkets, the company has a 21.5% market share in Chile. It deals with more than 20 million transactions a month, leading three out of five sales channels and is the first in 7 out of 15 regions nationally.

Thanks to the work done in that past few years in sales, operations and financial areas, SMU has demonstrated sustained improvement in terms of results, which has allowed them to position themselves as a more profitable, more competitive company in the market.

In the central part of the SMU warehouse, there are enormous blocks with 32 aisles of pallet racking with a capacity of close to 47,000 pallets, each 1,200 x 1,000 mm and of variable height. Each pallet can handle a maximum load of 1,000 kg.

The almost 10 m high pallet racks are set up to easily accommodate the company’s 15,000 product types. This large variety of SKUs has forced the racks to be adjusted to the characteristics of each product. Therefore, in the SMU warehouse there are up to four distinct blocks of racks. A high percentage of those blocks are arranged for picking on the bottom, leaving the upper portion for reserves.

In addition, and to speed up both storage processes and dispatches of products, an area was enabled to store high turnover SKUs, and all done via cross-docking.

This technique is very habitual within installations where food goods or products for immediate dispatch are handled without being placed into stock.

The objective is that each product is deposited for the least possible amount of time, with incoming and outgoing operations taking place simultaneously.

The order consolidation area
Between the pallet racking and the block of racks where picking is done, there is an area for the sorting and consolidation of orders.

The already completed boxes coming from the picking block arrive to the sorter via a conveyor belt that comes out in different sorting chutes.

Then the operator takes charge of preparing the pallet on the ground level, to finalise the order and take it to the dispatch dock where it is sent out.

Picking blocks with conveyors
The 98.4 m long, 14.5 m wide and 10.5 m tall block of racks allow the preparation of medium and low turnover products (type B and C) on three floors joined by a conveyor belt that connects and moves goods to the sorter.

Operators, who work by zones, use rolling tables set up on both sides of the conveyor belt to prepare orders with the products they pick from the live pallet racking.

Once the order is finalised, the operator deposits the box on the central conveyor belt so that it crosses the entire circuit until it arrives to the sorter.

Seismic risks
The SMU warehouse is located in the Aguirre sector, in the town of Pudahuel, a zone that is known for its high level of seismic activity.

Chile is currently deemed as the most seismically active country in the world, since it forms part of the “Ring of Fire”, and the extensive area of the Pacific Ocean where the Nazca and South American plates collide against each other.

Against this background and in order to minimise the consequences of possible earthquakes, Mecalux reinforced the SMU warehouse pallet racks with double upright frames, which offers greater safety.

Mecalux provided the SMU supermarket chain with a large-scale warehouse with a capacity to house almost 47,000 pallets

In the central part of the SMU warehouse, there are enormous blocks with 32 aisles of pallet racking