The Mecalux racks installed in Warehouse 11 of Iron Mountain, a leading records management and archiving company, were the only ones which were able to withstand the 8.8 magnitude earthquake in 2010 that devastated the Chilean regions of Maule and Bio Bio. After the earthquake, Iron Mountain commissioned Mecalux to rebuild its many damaged buildings and to build two new warehouses with similar characteristics. 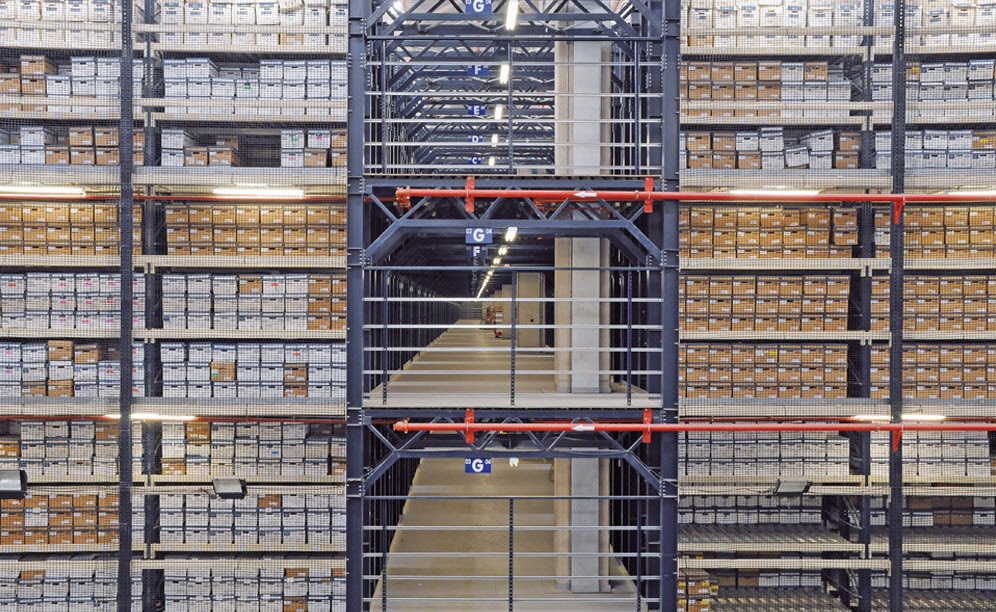 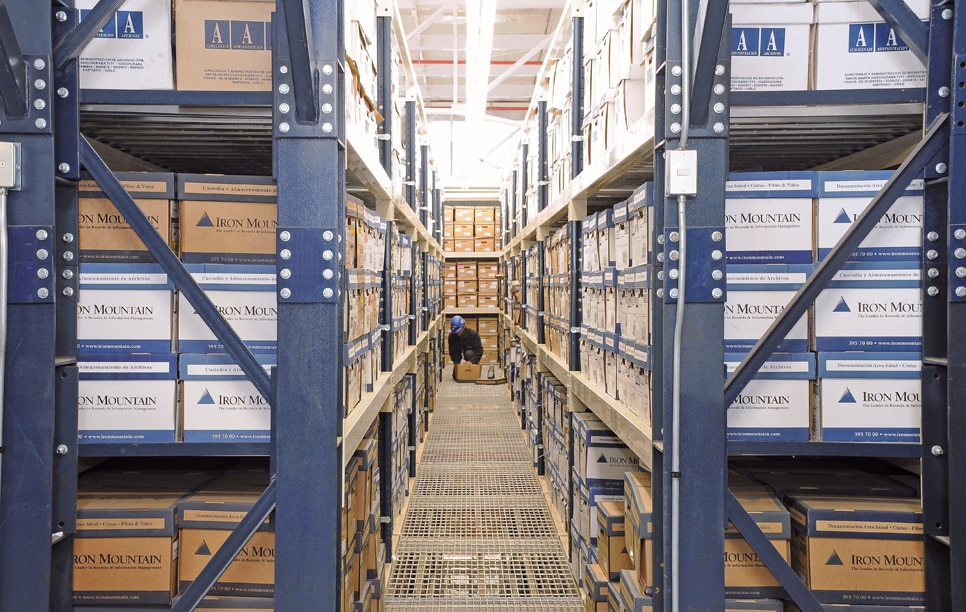 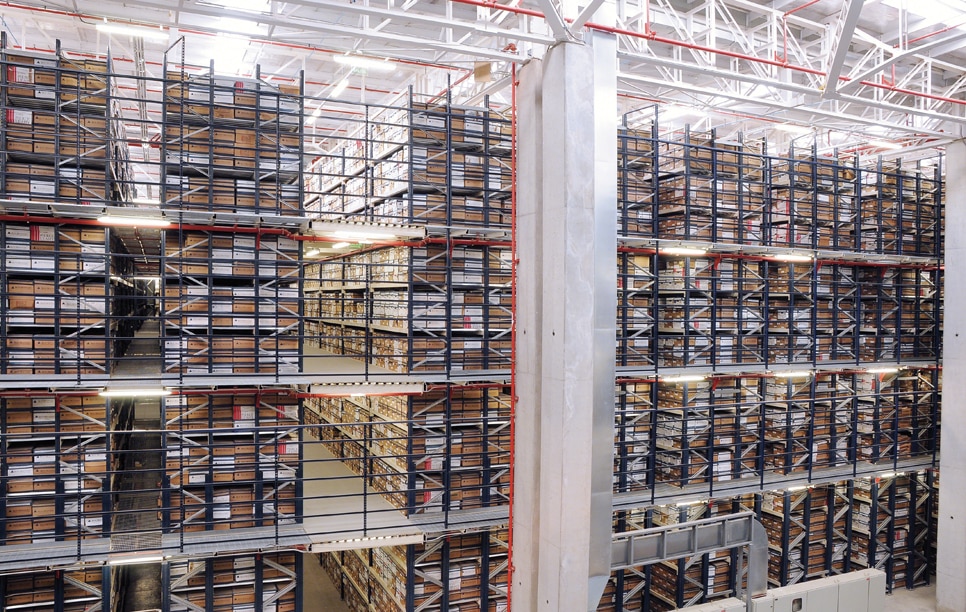 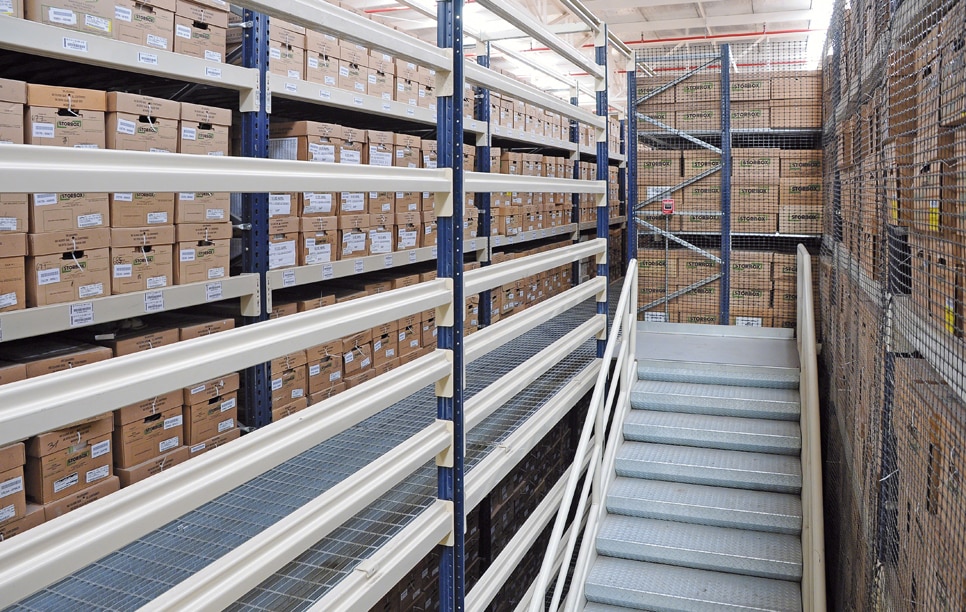 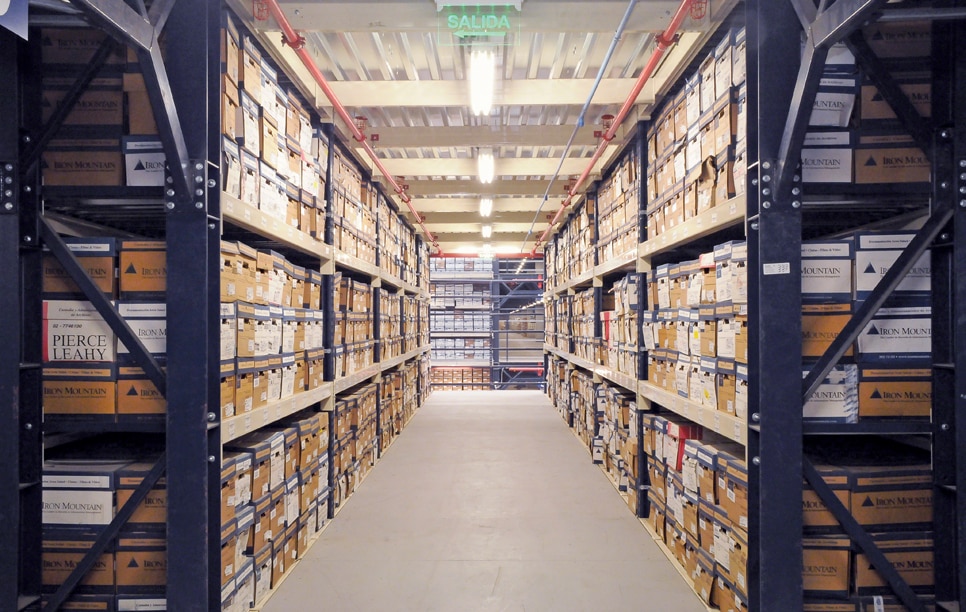 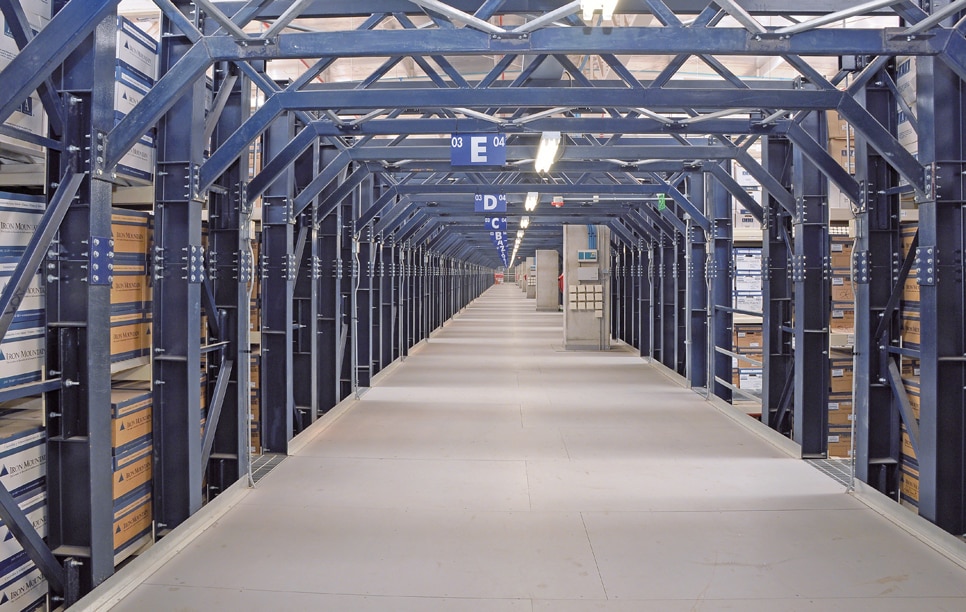 The collaboration between the two companies began five months before the earthquake, when Iron Mountain hired Mecalux to build Warehouse 11, which holds more than 1.4 million boxes.

As soon as Mecalux took over the project for Warehouse 11, the design went through a structural review that took a variety of considerations into account, such as local seismic regulations and fire protection, electrical protection and safety systems. The conventional pallet racking is designed with a focus on the seismic resistance of the shelves.

Before starting the installation of the warehouse, the racks also went through a preliminary design phase, so they would be capable of absorbing the force generated by any potential earthquakes. The warehouse, divided into four floors in order to allow manual handling of the goods, is made up of tall, high-resistance racks with shelves at different levels on which the boxes containing the files are deposited. Access to the various floors of the warehouse is performed by means of stairs, lifts and walkways.

The conventional pallet racks put in place were designed from the inside out – first the shelves and then the building envelope.

Longitudinal rigid frames to reinforce the beams and columns on the four floors of the warehouse were also installed, along with the creation of a 4 m wide central aisle that enables comfortable handling of the load at the different locations. The central frames were fixed on a base plate calculated with sufficient thickness to provide maximum absorption of the shocks, since according to the calculations made, the seismic waves would travel longitudinally through the frames.

The land on which Warehouse 11 was built was classified as Type 3, of the lowest possible quality, so extraordinary measures were taken to reinforce the entire building.

The earthquake and the reconstruction

On 27 February 2010, an earthquake measuring 8.8 on the Richter scale struck the Chilean regions of Maule and Biobío with devastating consequences. The company lost seven of its facilities, but there was one that was indeed able to pass the test: the warehouse built by Mecalux, which was still only half-finished.

Given this natural disaster, many businesses were looking to store their documents and files in more secure facilities such as those Iron Mountain had been proven to have.

Even so, the company needed to relocate the many thousands of boxes that were scattered on the floor, so the second phase of construction was begun quickly with the aim of storing part of those loads. However, Iron Mountain not only needed to rebuild all its facilities, it also had to progress and keep growing. For this reason, the company commissioned Mecalux to build two warehouses similar to Warehouse 11, with a total capacity of more than 3 million boxes.

With so little time to lose, Mecalux made a supreme effort to meet the deadlines and erect the new facilities at a dizzying speed, so that the company would be able to resume its activities as quickly as possible and relocate its personnel to their regular workstations.

An efficient and safe project

With this earthquake-resistant project, Mecalux demonstrated its high standards of quality, safety and commitment. The challenge of building a warehouse of this kind in such a powerful earthquake zone was overcome while complying with local seismic regulations and supplying an installation which was fully reinforced and prepared to protect the workers and stored goods against earthquake tremors.

Mecalux also pledged to assist in the difficult tasks of reconstruction through the construction of two new warehouses which were equally resistant.