Comagra de Congelación, one of the largest frozen food companies in Spain, has recently expanded its production centre in Alberche del Caudillo (Toledo) by collaborating with Mecalux. For this redevelopment, the company has benefitted from advances in technology to increase the productivity of all its operations. Mecalux erected an automated clad-rack warehouse and equipped two traditionally built installations with the semi-automatic Pallet Shuttle system. These solutions have reduced operating costs and helped the company offer fast, efficient customer service. 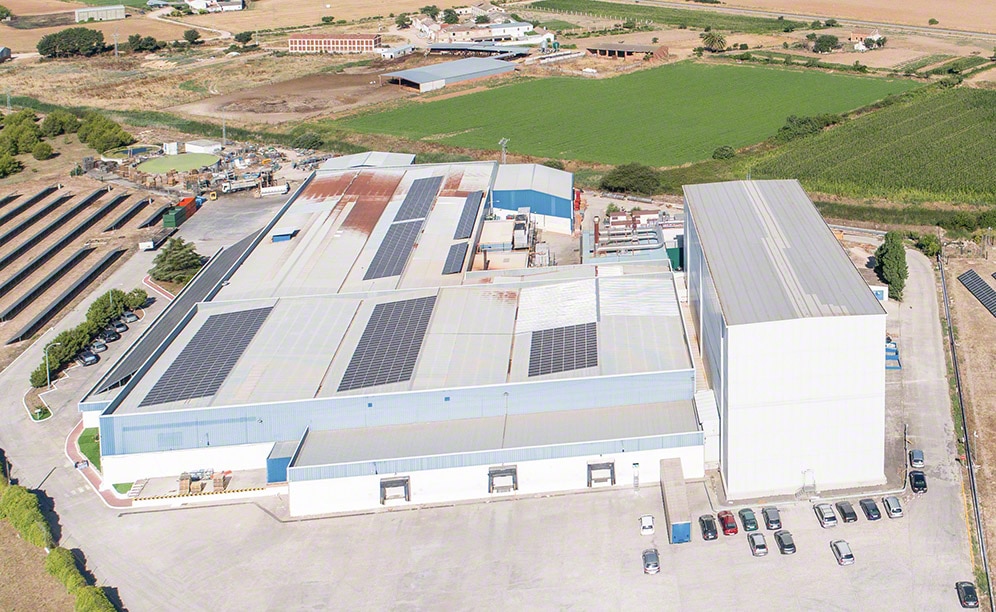 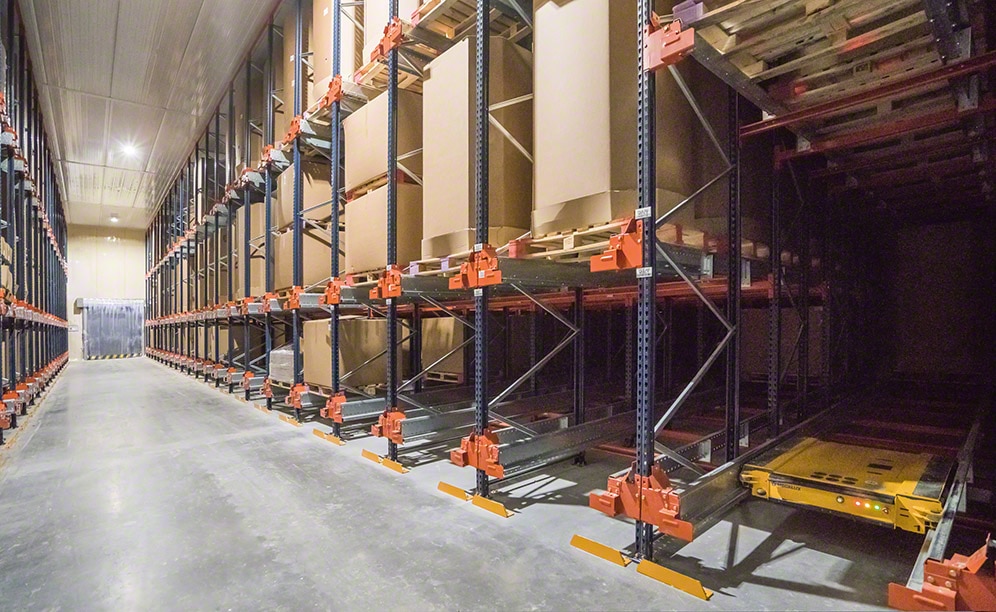 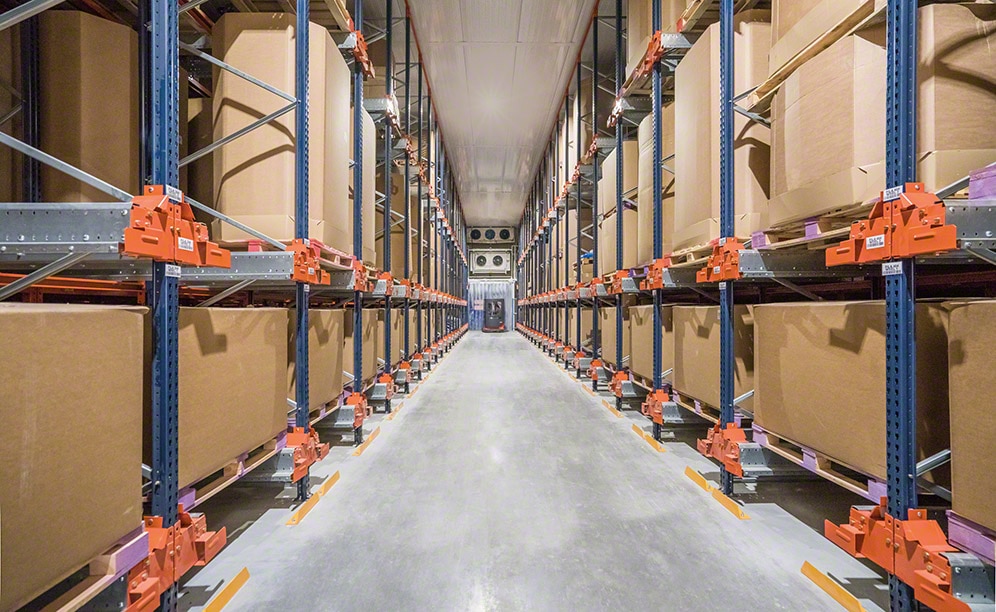 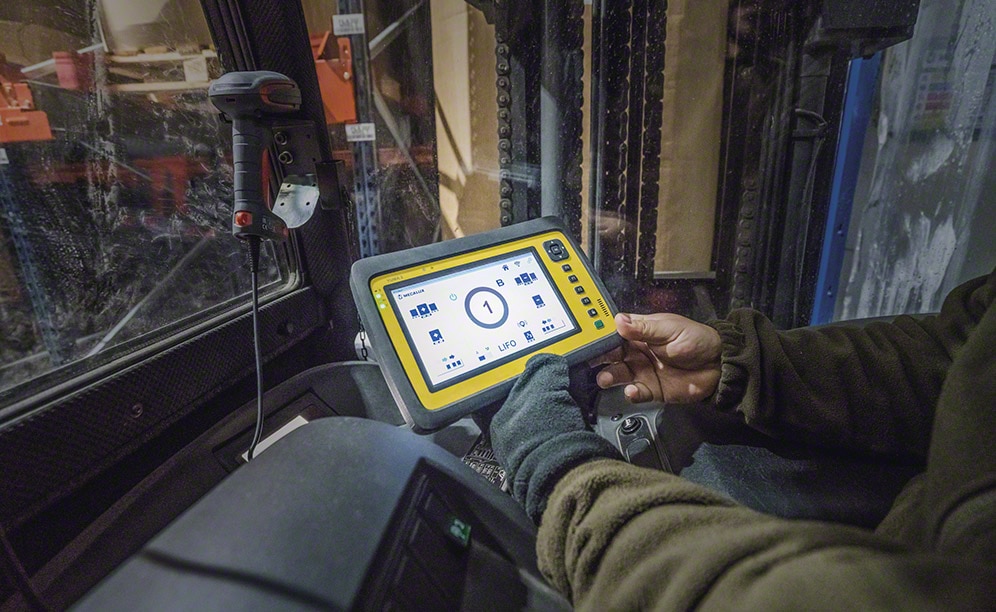 Comagra de Congelación, founded in 1983, is a driving force in frozen vegetable production in Spain. In recent years, it has achieved unprecedented expansion, and 85% of its produced goods are exported to five continents. Although it carries a very diverse range of frozen vegetables (potatoes, cauliflowers, carrots, onions, etc.), broccoli and peas are its most globally-known flagship products.

Comagra de Congelación runs its production centre in the small village of Alberche del Caudillo, only 140 km from Madrid. From a logistics standpoint, its location is unbeatable. Fantastic transport routes connect it to the ports of Lisbon, Algeciras and Valencia, which speeds up the distribution of goods in Europe, the United States, Africa and Asia.

Since its grand opening, the centre has been under constant expansion and modernisation, adapting to new consumer trends and the increase in sales achieved by the company. “In an ever-competitive market, growing in volume is crucial to place us on the same footing as other European manufacturers. Here is where the efficiency of good storage becomes the linchpin, so the whole system runs smoothly, from the fields to warehouse logistics.

Cristian Portalatín - Production Department Manager at Comagra de Congelación
“We are very satisfied with the performance of our warehouses. All set objectives have been met since its startup. And, most importantly, we have not had any setbacks, and everything has run as expected.”

When it comes to reworking its logistics centre, the company has always depended on the collaboration and expertise of Mecalux. In this instance, the company knew very clearly that an automated solution was the key “to have comprehensive control over our goods and have a handle on any and all in-warehouse movements.”

Tracking merchandise is a top a priority for this company: “Comagra de Congelación holds international quality certifications such as the IFS and BRC, meaning all these food safety requirements make any sort of manual control inefficient, insufficient and involve a huge workforce, with poor results,” noted Cristian Portalatín.

In 2005, Mecalux built a 25 m high automated clad-rack warehouse next to the two traditionally erected chambers. This single-aisle installation can hold up to eight pallets deep due to a stacker crane that runs between the two blocks of laterally placed racks. Overall, about 120 SKUs and more than 5,400, 800 x 1,200 mm-sized pallets are stored, each with a maximum weight of 800 kg.

Daily workflows include an average of 150 incoming pallets from production and another 120 pallets shipped out of the centre. Warehouse operations are automatic and do not require workers to slot and remove unit loads from their corresponding locations. According to Cristian Portalatín, “It is a stable system that requires little to no large-scale maintenance servicing. It doesn’t cause problems or breakdowns during day-to-day labour. It is completely reliable and, owing to its robustness, completely safe.”

The stacker crane picks up pallets and moves them to the location assigned by the warehouse management system. Once there, a Pallet Shuttle rolls along the inside of the channel and deposits the load in the first open location.

Recently, the company asked Mecalux to reorganise two already constructed frozen-storage chambers in order to gain the necessary storing capacity for fulfilling increased production and for speeding up storage tasks. The challenge was that “the chambers were encased with panels and the outside of the built structure, as well as the ceiling's upper trusses, meant any modification would require an excessively large investment.”

Mecalux proposed equipping the two installations with the semi-automatic Pallet Shuttle system because “it adapts perfectly to the sparsely available height.” Plus, this solution gives the company the upper hand so “we always have stock under control and enjoy quick access to them,” points out the production department manager of Comagra de Congelación.

Operators use Wi-Fi connected tablets to give commands to the Pallet Shuttles. “It is so easy-to-use, which makes quick work of training and user proficiency,” explains Cristian Portalatín. In addition, when operating at a steady temperature of -20 °C, tablets mean operators can “control the automatic shuttles without getting out of the forklift.”