The Nescafé plant in Girona (Spain) is one of the most competitive production centres Nestlé owns worldwide. This ambitious project is under constant expansion, growing alongside new market demands. Since 1990, Mecalux has collaborated with Nestlé on this centre, designing and setting up efficient solutions to improve logistics and company evolvement. 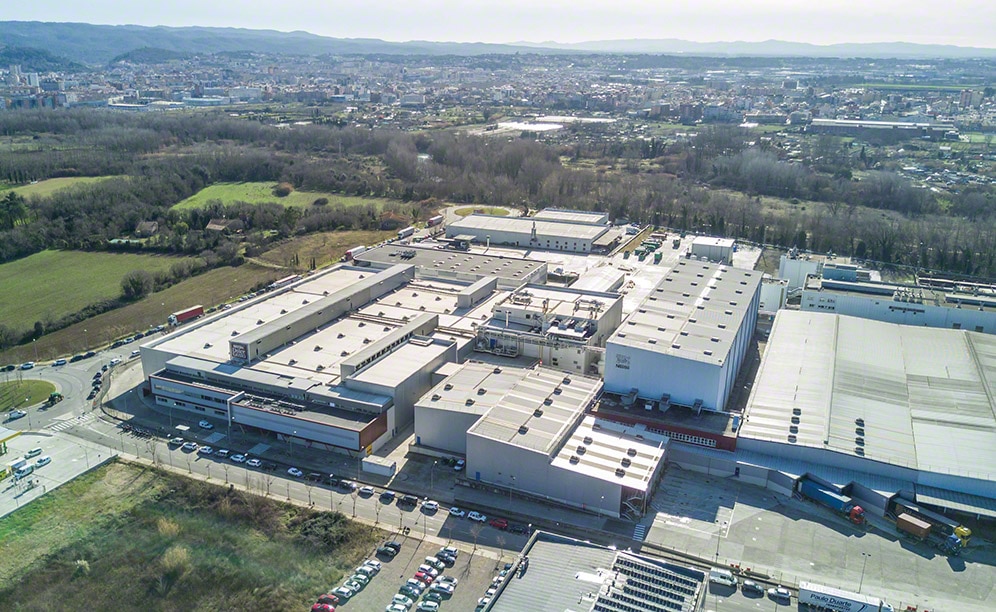 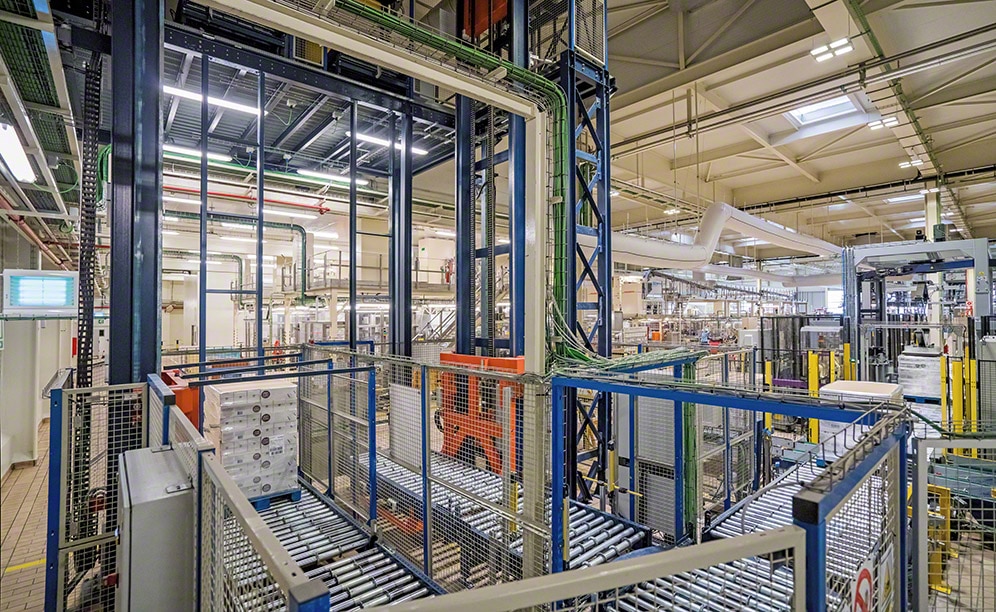 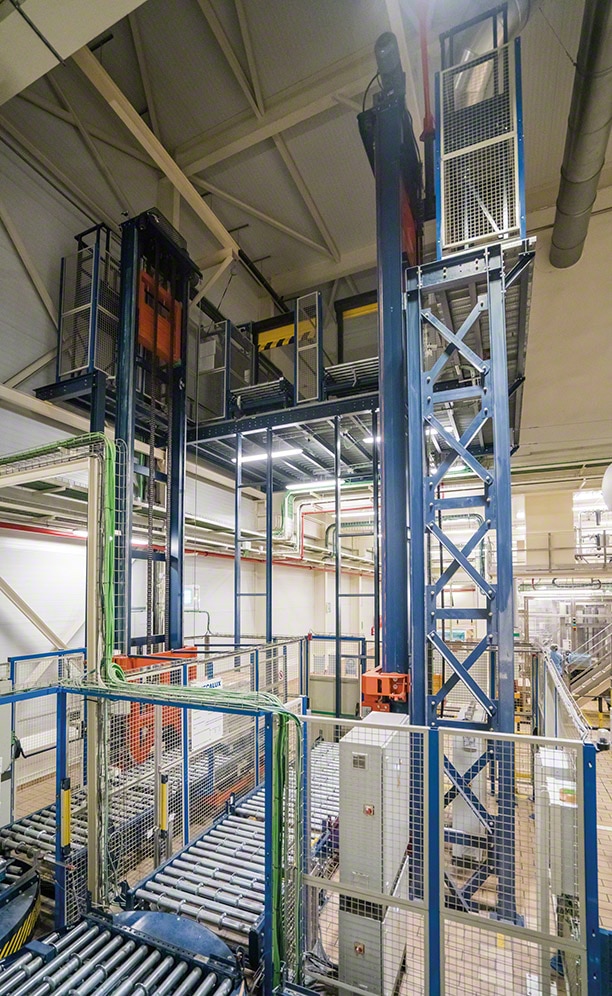 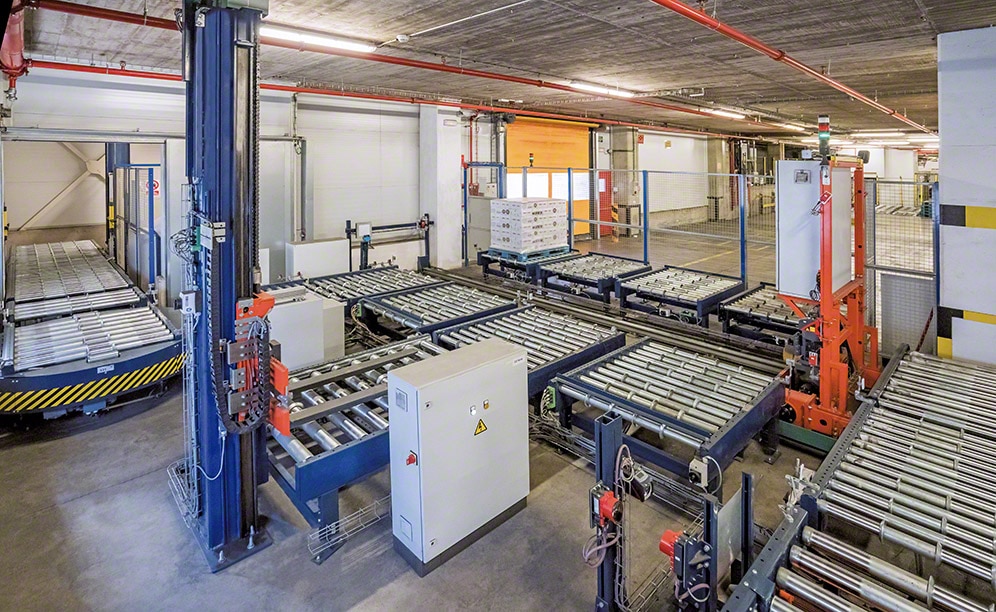 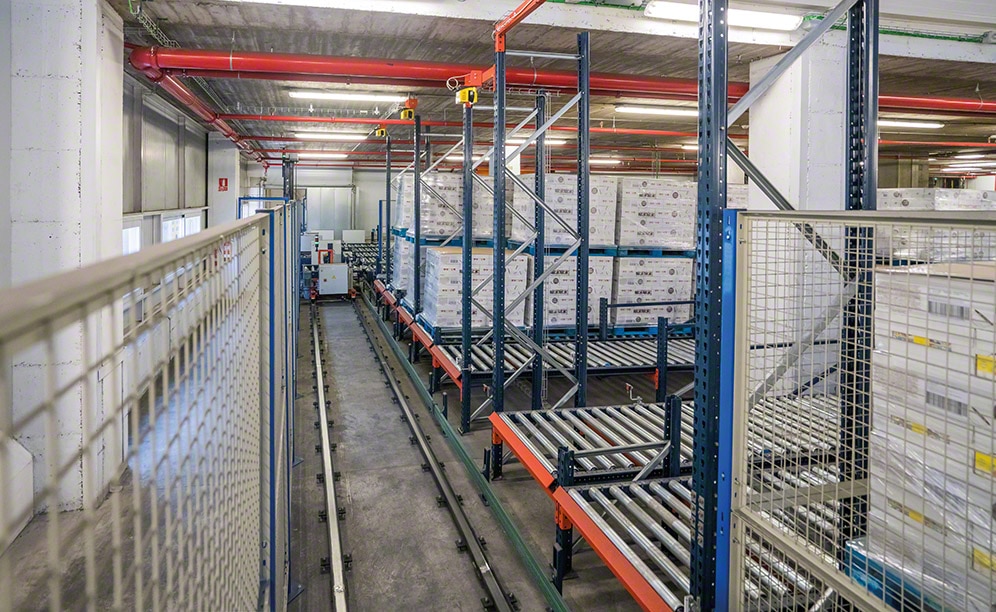 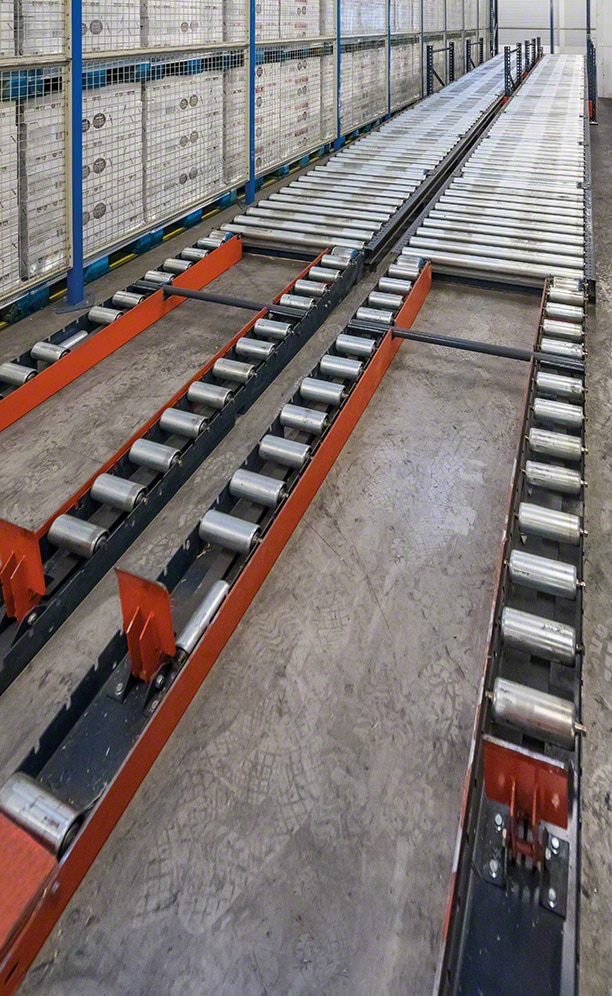 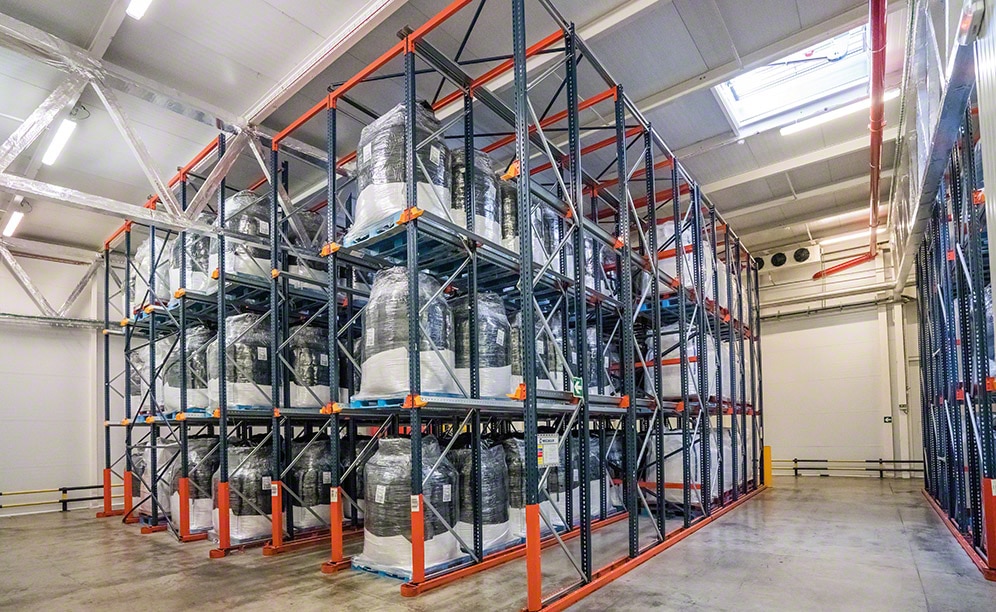 About Nestlé and Nescafé

Nestlé needs no introduction as the international food and beverages leader, who does business in more than 191 countries. It carries close to 2,000 brands of a huge variety of products: baby foods, bottled water, breakfast cereal, coffee and tea, baked goods, dairy products, pet food, chocolates, and much more.

Currently, it owns ten production centres in Spain, based in five different autonomous regions. These plants are benchmark facilities, known for their high performance and for exporting 44% of their manufactured product abroad.

In 1968, Nestlé built a production centre in Girona (Spain) where it manufactures Nescafé instant coffee and, since 2009, the Nescafé Dolce Gusto capsules. This centre has experienced non-stop growth over the years, becoming the largest instant coffee production plant of this multinational.

Nescafé is Nestlé’s own brand of instant coffee. The company started doing business in 1938 and, since then, has expanded its product line, introducing new and innovative foods and flavours to cater to every budget, taste and occasion.

Collaboration between the two companies started in 1990, when Mecalux built an automated clad-rack warehouse system for pallets in the Nescafé plant in Girona.

This warehouse measures 25 m high and 107 m long, consisting of seven aisles with single-depth racks on both sides, providing a storage capacity of 16,380 pallets. Finished products are housed here, ready and waiting to be shipped out.

A few years later, in 2006, Mecalux erected a second, 21 m high clad-rack warehouse, a few metres away from the first warehouse. It comprises two aisles with single-depth racking where 740 containers of raw materials are deposited.

The warehouse is tailored to the sizes and characteristics of the containers Nestlé works with: 1,210 x 1,060 x 1,810 mm runnerless crates. Inputs and outputs are automatic, via several conveyors that take the goods directly to the end of both storage aisles. The containers are set on top of slave pallets to facilitate conveyor flows.

Additionally, the shelves have supports that make direct storage of containers possible without pallet doubling.

Nestlé began selling Dolce Gusto tea and coffee capsules in 2005. Initially, the production centre was based in the UK. However, after customer acclaim for the product in Spain, the company decided to install a new plant in this country to supply this market faster.

The company expanded the Girona production centre in 2009 and constructed the Nescafé Dolce Gusto plant next to the existing installations. Mecalux has collaborated in a multi-stage facility adaption and expansion to develop Nestlé’s ongoing business needs:

The company asked for Mecalux’s professional opinion about how to connect the new Nescafé Dolce Gusto plant to the finished products warehouse. This required a streamlined transport system that would provide steady workflows between the two points. The project would be challenging, since it would have to link two warehouses separated by a road

Mecalux proposed the erection of a fully covered overpass –6 m off the ground– that would join the two buildings, with a conveyor system set up inside. Typical interferences in day-to-day warehouse circulation would be avoided with this solution, and products would be protected while outdoors. The roller conveyors run at a speed of 20 m/min. Being fully automated, they require minimal intervention by personnel, eliminating errors resulting from manual management.

A conveyor circuit takes the goods directly to the lifts. These conveyors are located at a higher level, supported by a heavy-duty structure that ensures its stability.

By doing so, the full surface area of the production centre is made use of, and common interferences between operations averted.

Faced with incredible Nescafé Dolce Gusto product sales, in 2012, the company knew they needed to increase pallet flows between the production centre and the finished product warehouse.

To do so, Mecalux supplied an additional pallet lift in the production output point that doubled the initial pallet movements.

The lifts, which can shift two pallets at a time (one behind the other), are capable of absorbing outputs from production in a relatively short period of time.

Nestlé specifically needed to connect the production centre to the dispatch area, to send goods directly there, without these being slotted into the warehouse.

Mecalux installed a new outflowing conveyor circuit that exits the production centre. The goods cross the covered overpass and, before arriving at the warehouse, a lift lowers the corresponding pallets to dispatch.

The company required an automated dispatch zone to maximise the performance of all operations taking place there:

A big-bags warehouse filled with raw materials is located next to the dispatch hall. These industrial sacks are set on pallets for easy transport and storage.

The warehouse entrance is automated, by means of a conveyor circuit. All pallets must run through the checkpoint, which verifies that they are in good condition and their weight and measurements correspond to the established quality requirements.

Next, a pallet lift moves the goods to the upper floor, where two blocks of drive-in racks are enabled.

The racks comprise a pair of 6.5 m high lanes, each one with three levels for storage. Meanwhile, each level has heavy-duty galvanised steel support rails where palletised sacks are deposited.

Given the scale of this production centre, a computerised system is vital to control and direct the movements of the automated handling equipment set up therein.

Mecalux has also implemented the Galileo control module, which instructs the stacker cranes, transfer cars and lifts where to travel –all in a controlled and continuous manner.

Galileo has a very user-friendly interface and is capable of simulating the electromechanical operation of the entire automated installation via a SCADA.

This is in continuous, bi-directional communication with the warehouse management software and with the Nestlé ERP. As a result, the business has maxed out the performance of all processes carried out in its production centre.

Inputs and outputs are automatic, via several conveyors that take the goods directly to the end of both storage aisles