Bracchi optimises the organisation of its new warehouse in Germany

Bracchi reinforces and consolidates its position in the European market with a new 30,000 m² distribution centre in Germany for one of its main clients. It is sectored into three zones for safety reasons and is characterised by very efficient organisation of the goods and all internal operations. Mecalux has provided conventional and cantilever racking for voluminous, heavy products for the purposes of improving the maximum yield of the warehouse. 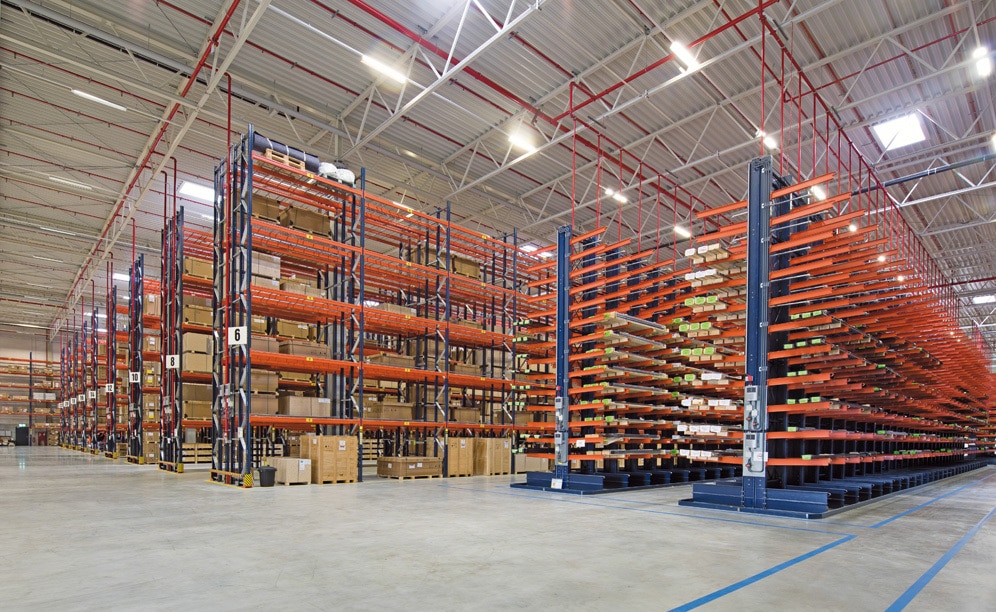 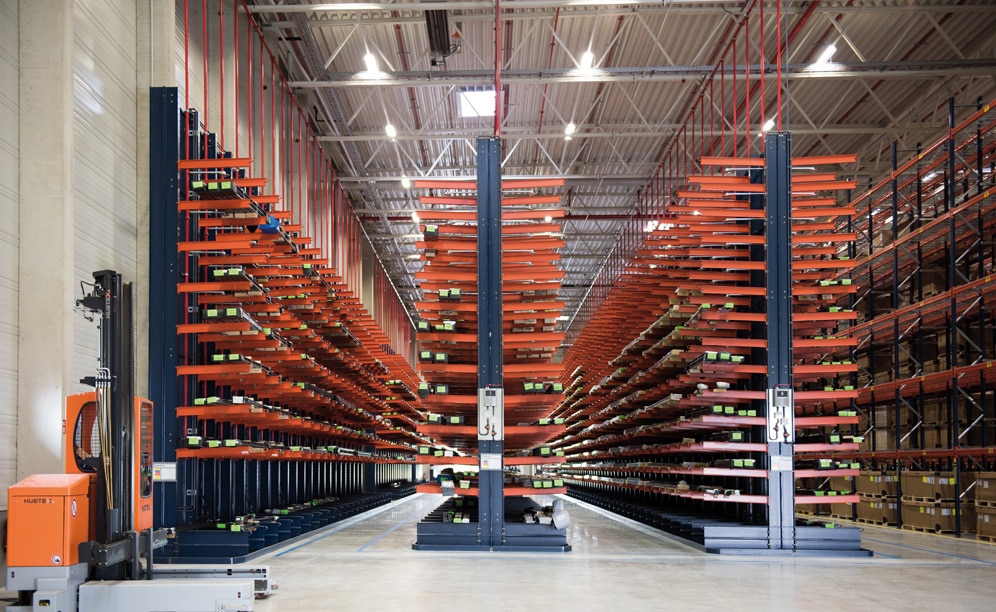 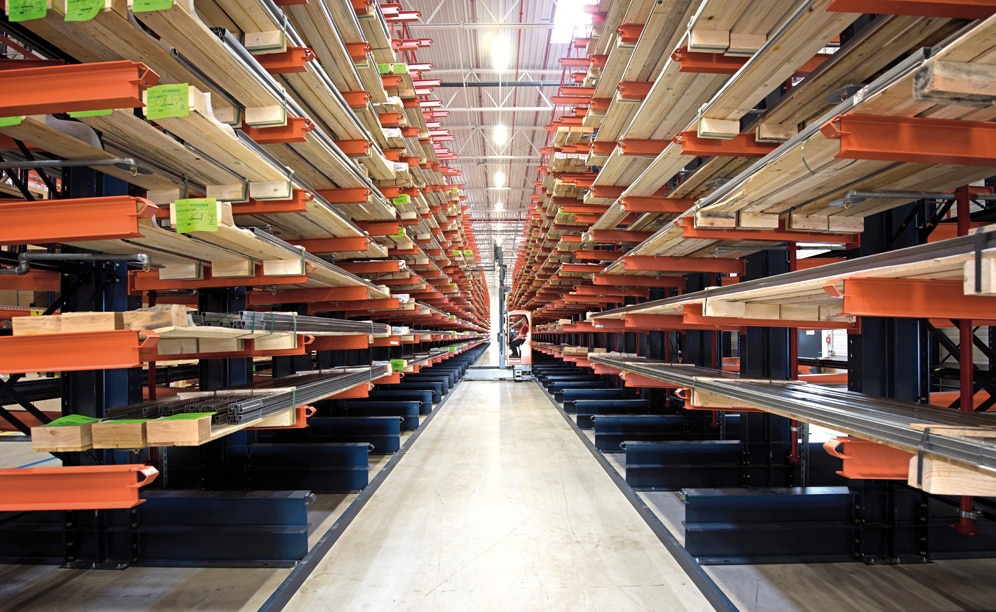 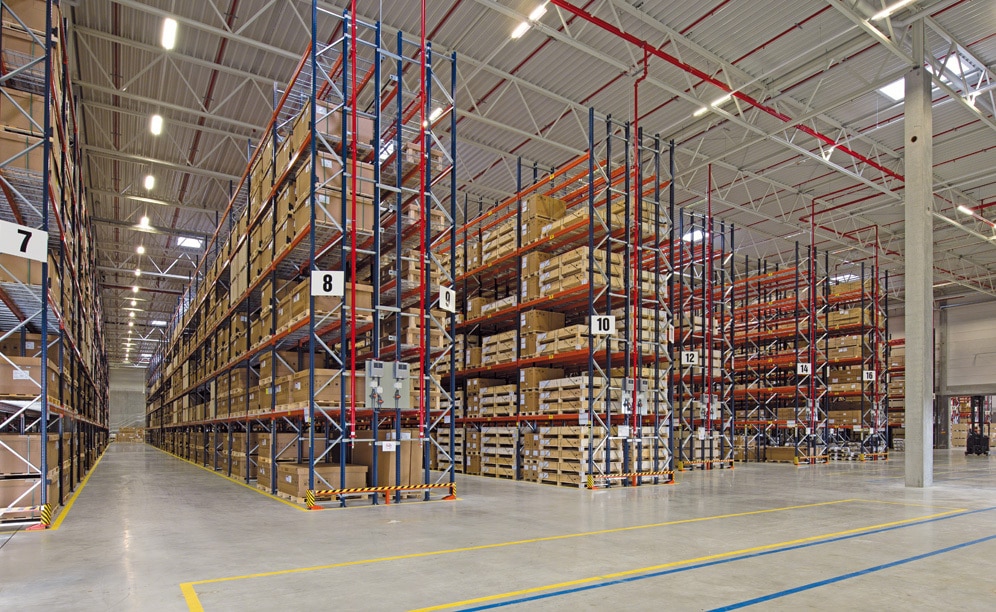 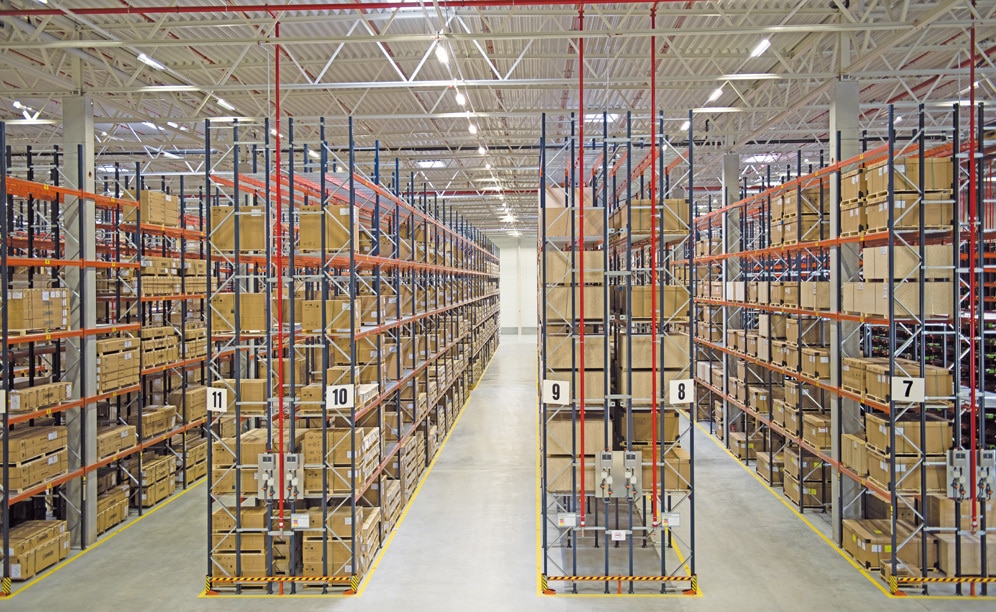 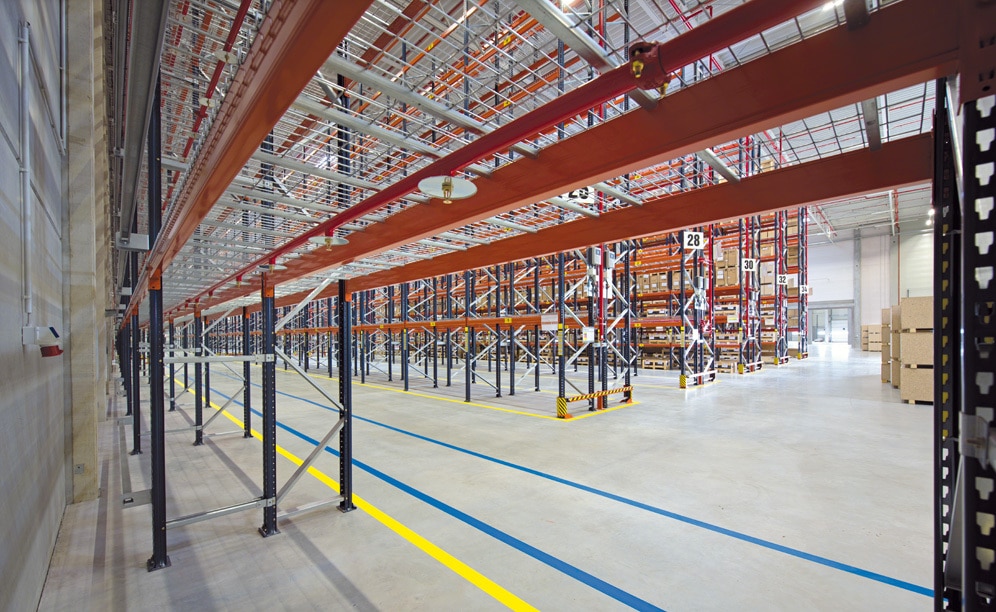 Bracchi is an Italian logistics operator, founded in 1928. In the last few years, it has extended its distribution network at a worldwide level, offering speedy transport service for large and small companies.

The company needed a new warehouse in Germany for an important multinational client. It asked for the collaboration of Mecalux in order to find a suitable solution for the storage and handling of all the materials required in its production process.

Features of the distribution centre

The distribution centre is 30,000 m2 in size and is sectored into three different zones. This was done for safety reasons, due to the type of products stored, and to fulfil local regulations pertaining to fire prevention and safety.

The two storage areas have very similar characteristics. Both are composed of conventional and cantilever racks for pallets, which classify goods based on their dimensions. In this way, the operations of the workers are made more flexible, using reach trucks and four-way side lifting forklifts.

The system is prepared for the easy and safe handling of SKUs. In addition, the elements that conform the racking structure, like the overhanging arms attached to the columns, can be readjusted to the future logistics requirements of the warehouse.

Guides installed on the sides of the aisles allow forklifts to be centred when entering and circulate inside with greater facility.

Conventional pallet racking
Bracchi operates with different dimensions and qualities of pallets. For that reason, Mecalux has provided 10.5 m high conventional racking, since its versatility makes it possible to store a great variety of volumes, sizes and different turnover SKUs.

Considering the irregularity of the goods and the dimensional characteristics of each product, the racking measurements were adapted and construct in two different depths. Those of greater depth, allocated for more voluminous pallets, incorporate three support beams that achieve proper load distribution.

An underpass has been opened that passes cross wise through the racks and also acts as an emergency exit, besides facilitating the flow of movements.

Fire safety systems
The centre is equipped with an advanced fire detection and prevention system, which meets the local regulation on fire safety. It has smoke detectors and other control systems that act, if needed, directly on the affected zone.

The automatic fire sprinklers are distributed strategically inside the racks based on the fire load, that is to say, according to the fire risk the different areas from the installation represent.

The network of pipes is protected to avoid blows to the racks when the stored goods are handled. In the conventional racks, the tubes are placed behind the beams and in the cantilever racks, they hang from the ceiling into the interior of the columns.