Paolo Astori, the renowned Italian aeronautics nuts and bolts maker, works with more than 20,000 SKUs managed in a new 5,400 box automated miniload warehouse. Automating logistics process means the company has doubled the number of orders prepared in its logistics centre located near Milan. 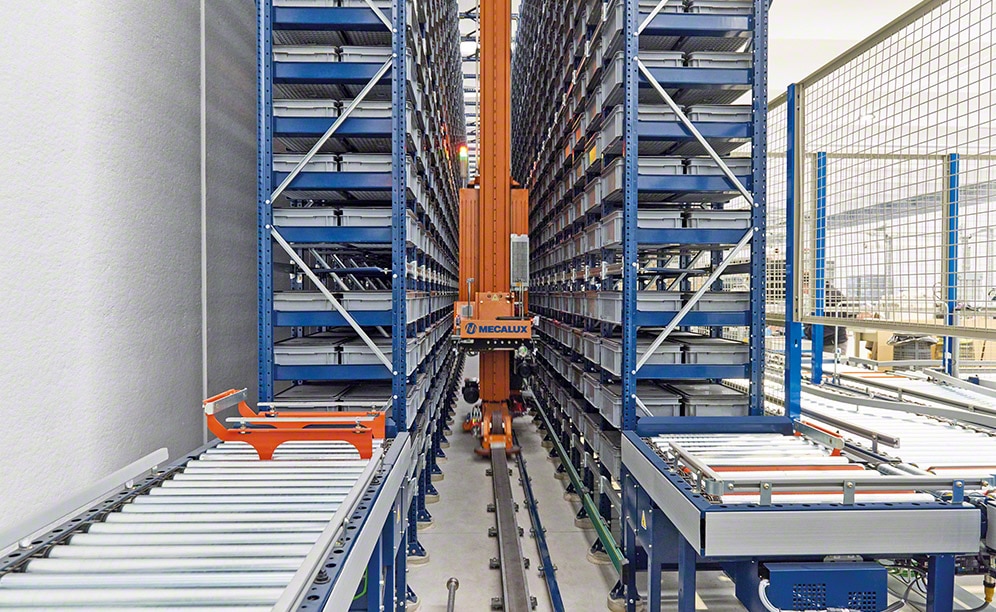 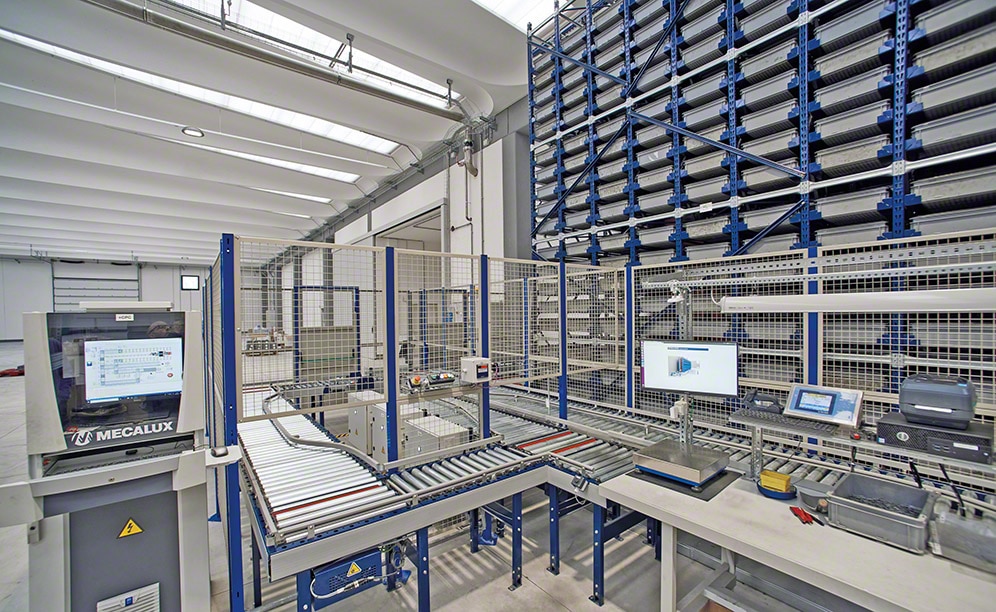 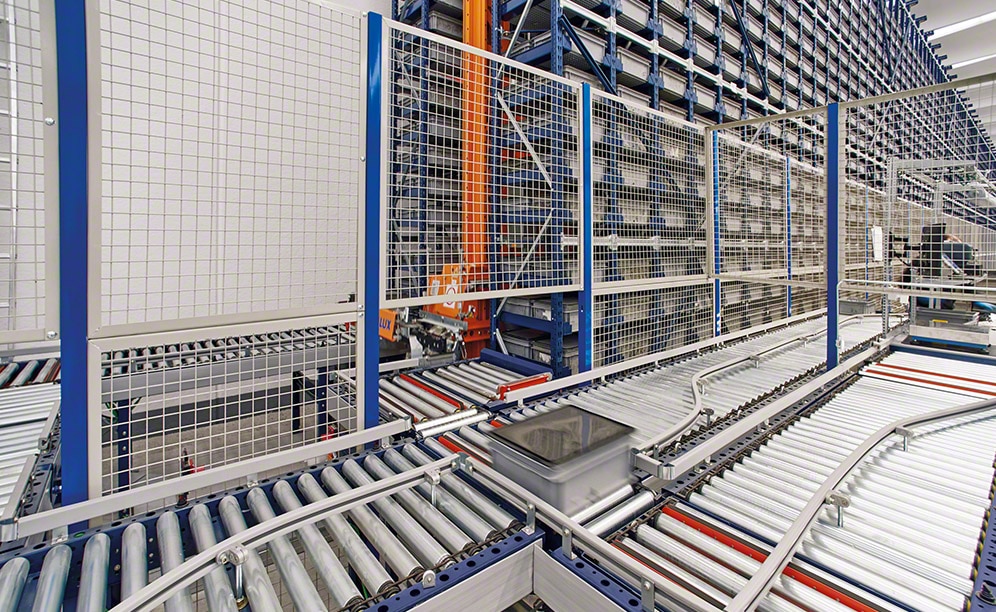 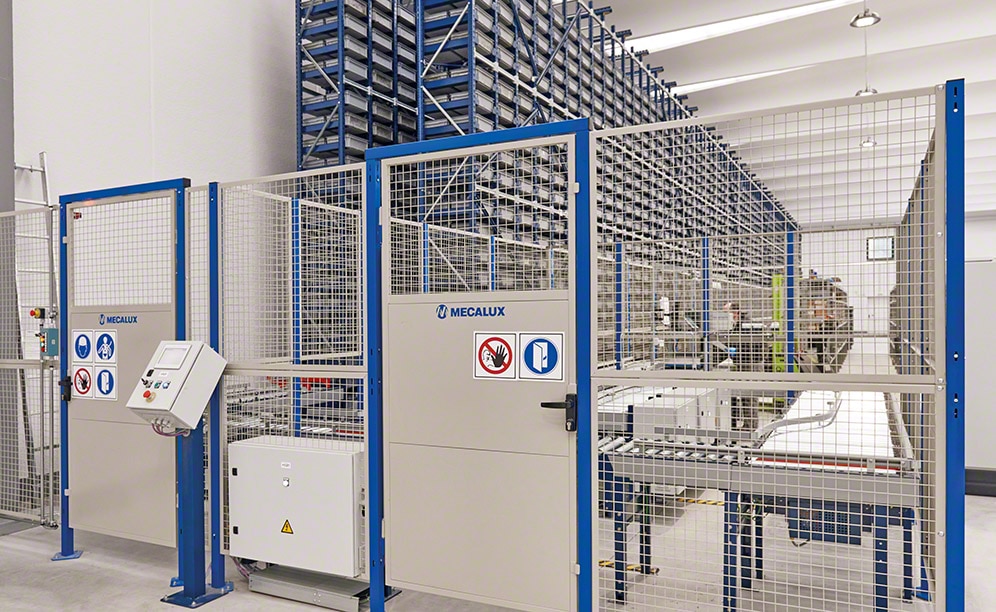 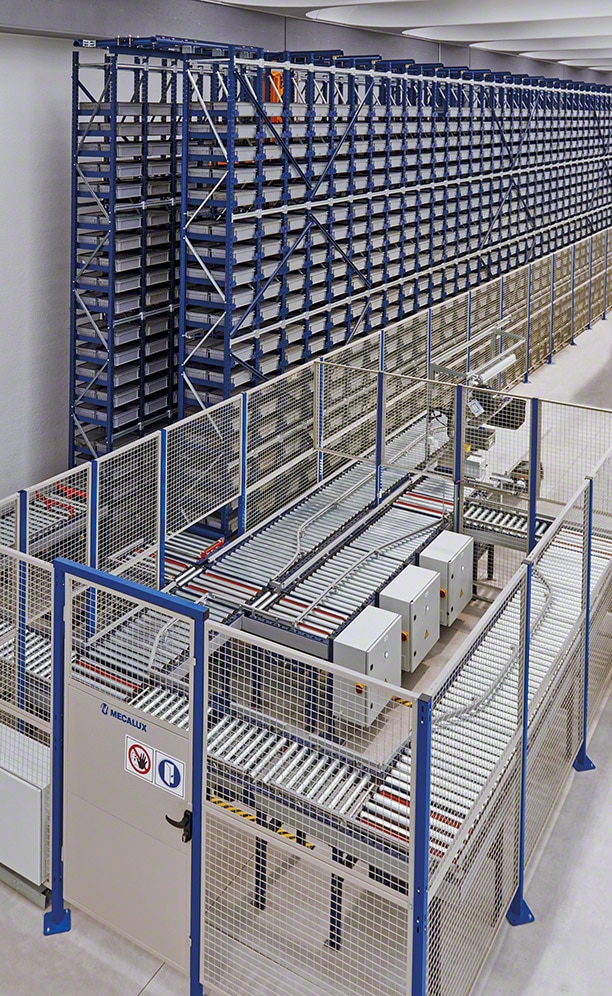 As a family business based in Gattico, near Milan (Italy), Paolo Astori manufactures and sells fasteners for the aeronautical sector's main industries in America, Asia and Europe.

The company, founded in 1942, continually invests in new equipment and technologies that it incorporates into all its production processes. By allocating more than 16 million euros, since 2012, to improve its facilities, it aims to match and outdo stringent aerospace standards, as well as its customers' expectations.

In this regard, Massimiliano Campagnoli, owner of Paolo Astori, affirms that "We are very excited about what the future holds for the aerospace industry. Also, Paolo Astori is 100% committed to being at the forefront of investing in personnel and technology, without sacrificing our customer care."

Needs and the solution

Paolo Astori's warehouse is located next to its production centre, where more than 12,000 parts are manufactured annually, including a wide variety of nuts, washers, chocks and locking collars.

This 325,000 m2 modern logistics centre was the perfect setting for a multi-SKU storage system able to manage more than 20,000 small-sized items and that, in turn, could speed up the preparation of orders. The warehouse would need to accommodate many SKUs and tiny amounts of each product. Massimiliano Campagnoli reassures that "Among all the proposals we compared, the solution proposed by Mecalux was the best fit for what we were looking for. We needed to automate the storage of all the parts flowing out of production efficiently, and Mecalux hit the nail on the head."

Accordingly, an automated miniload warehouse was set up with a 5,472-box capacity to hold 300 x 400 mm sized boxes with a 40 kg maximum unit weight. The miniload is the most workable system for storing small-sized products, such as the parts made by Paolo Astori. So, that is also why each box of the miniload warehouse has been divided to house up to four different SKUs.

Paolo Astori's demand level is quite stable, except when seasonal or sporadic peaks in demand must be fulfilled. The automated warehouse for boxes has allowed the company to double its orders prepared each day, growing from 100 to 200.

Streamlined order picking and dispatching was not the only reason the company chose to automation the warehouse. According to Massimiliano Campagnoli, "we also took into account cost savings gained by automating logistics processes.” Paolo Astori's proprietor adds that "If an operator has to put a box away every time one enters the warehouse, this turns into an unfeasible extra cost for that part. Plus, automation helps reduce human errors later on during order picking." Increased traceability, control and productivity are possible thanks to the customer's warehouse management software and the Galileo control module deployed by Mecalux. On the other hand, Paolo Astori already had a powerful warehouse management system (WMS) up and running its operations smoothly. Continuing to use this system as a base was a must to manage the entire warehouse.

For that reason, it was only necessary to implement the Galileo control programme, tasked with organising all in-warehouse movements. Thus, a communication interface was designed for precise dual-system interactivity. "The Galileo control programme was integrated into it our WMS in a snap. So, our operators could keep using a software they know. As a matter of fact, we did not need to spend time on training and getting used to new software," said Massimiliano Campagnoli.

Massimiliano Campagnoli - Owner of Paolo Astori
"Thanks to the automated warehouse for boxes of Mecalux, we have considerably improved the management and storage of all our SKUs. As well, we have doubled productivity levels, from 100 to 200 orders prepared daily."

The warehouse will consist of a single aisle with two double-depth racks on both sides which stretch 43 m long and 6 m high, divided into 18 levels.

A miniload stacker crane will manage the inputs and outputs of the goods. The stacker crane, with a travel speed of 180 m/min, can run up to 50 combined cycles per hour (25 input and 25 output). In parallel, it incorporates a double extraction system enabled to handle two boxes at a time.

The extractor consists of a blade and two joists that move separately, picking up boxes on either side, shifting the first to the opposite side to where the second extraction will be done. Since a stacker crane works exclusively inside the aisle, it deposits the boxes on the conveyors installed at the front of the installation. The circuit then takes these boxes to a picking station, thus fulfilling the ‘product-to-person’ principle.

The picking station is equipped with a PC connected to the customer's WMS, which tells the operator how many SKUs must be extracted from each box to arrange the order. In this area, a 10-box accumulative capacity means smooth sailing for the entry of replenishment containers and empty outgoing boxes. The entire space is enclosed with mesh partitioning and safe access doors, which prevent the entry of unauthorised personnel.

The automated warehouse for boxes of Paolo Astori in Italy

Paolo Astori doubles the number of order it prepares each day